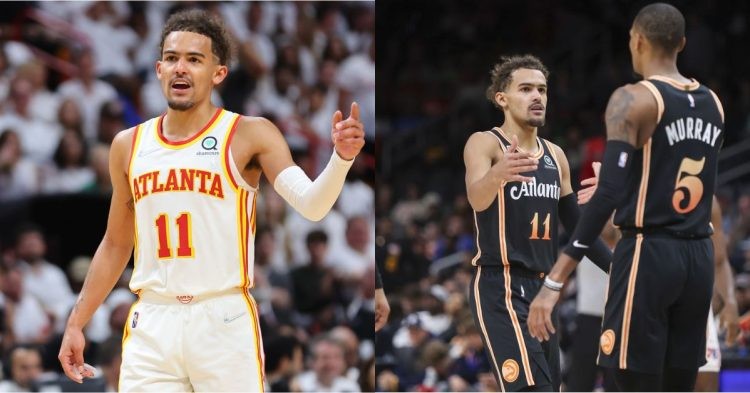 Atlanta Hawks have witnessed a rocky start to their 2022-23 NBA season, currently holding the 9th position in the Eastern Conference with an 18-20 record. At the same time, superstar point guard Trae Young, who is the franchise’s cornerstone, is putting up numbers that might make you scratch your head as to why their record is what it is.

Having been compared to future HOFer Steph Curry on numerous occasions, Trae is averaging 27.3 points this year, which are without a doubt, All-Star numbers. Then why is his team still below .500, that too in the comparatively weaker Eastern Conference? Multiple arguments have been put forth on the same.

Stats are often deceptive. As important as it is for a franchise to have a guy who can put up big numbers on the box score night in and night out, there’s only so much impact an individual player can have. For a point guard, it is more about how he makes his teammates better than how scores big himself.

Trae Young has the green light to shoot the ball, and he sure uses it. He’s averaging 27.3 PPG, but if you look beyond that, it comes at a career-low shooting efficiency, be it an FG% of 41.6% or 3-PT% of 31.1%. Stat nerds also often look at plus/minus as an indicator of the impact a player has while he’s on the floor, and Trae scores a -10 in that category for the season, and a whopping -149 for his career.

Recently, there have been increasing comparisons of Trae with opposing point guards like Ja Morant of the Memphis Grizzlies, who is averaging slightly lower numbers but is impacting his team in a far better way.

The problem is the FG percentage. If I shoot the ball 35 times and score 25 points but miss more than half then that is a problem. Also the intangibles, and leadership is not great. He needs to grow up and listen to the coach.

31% from a “shooter” is nasty. Also Trea might be the worst defender in the league

Trae’s team is completely built around him. Their plays are all ran through him. And they are losing.

How is Trae Young’s play style on the court?

When it comes to crunch time, Trae is often touted as an “ice-cold killer”. But looking beyond the noise, leaving the ball with him in clutch situations has done his team more harm than good.

The former No.5 overall pick has a net rating of -18.4 in clutch situations and while he’s a wizard with the ball in his hands, he is often over-eager to take low-quality shots himself instead of finding open teammates. What makes this worse for his team is his defense. His lack of size and defensive acumen makes him an easy target for opposing players in possessions, and he hasn’t shown improvement in that area since his rookie season.

While Ice Trae is certainly looking at another well-deserved All-Star appearance this year, he might have to make some strides to make his teammates better so that they play more as a group than as a one-man show.