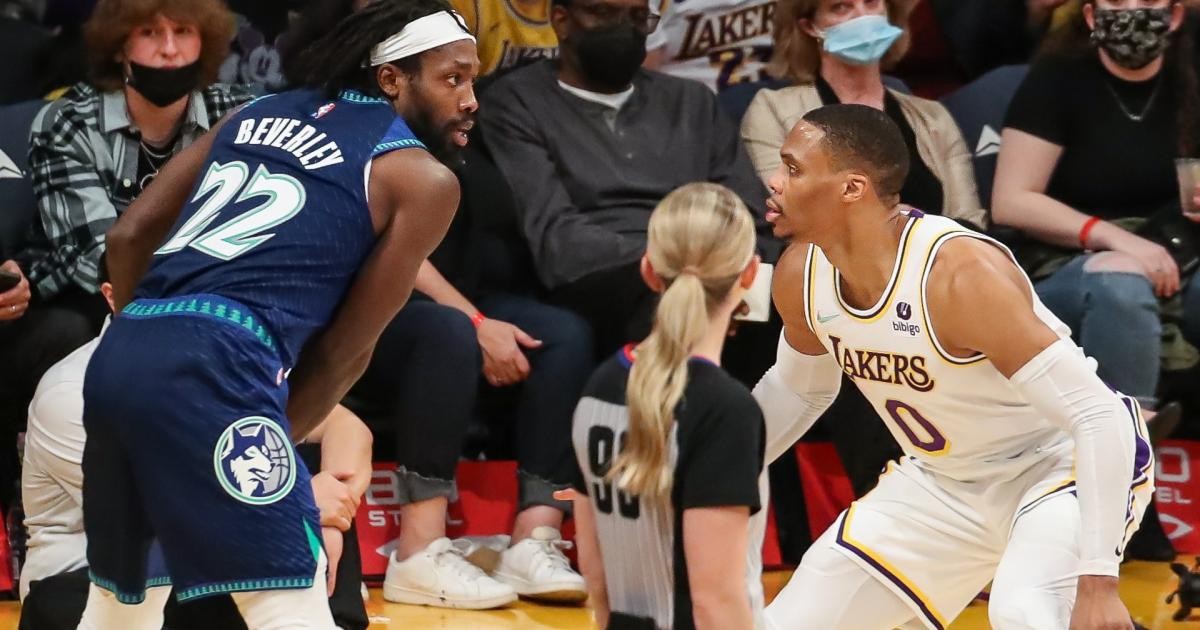 The situation at the Los Angeles Lakers continues to worsen. They are at 9th in the Western Conference standings but by no means are guaranteed even a Play-In position. It is difficult to fathom a team with the star power of Russell Westbrook and LeBron James not being challengers.

The Lakers stand the risk of dropping out of the top 10 as they are within 2.5 games of 11th-placed San Antonio Spurs. They have also lost 8 of their last 10 games and there are no signs of things getting any better.

It only gets bleaker when you consider Russell Westbrook’s deteriorating form. Over his last 5 games, he has averaged a paltry 15.4 points and 5 assists, and 5.2 rebounds. As opposed to LeBron James’ hot streak of form as he averages 30.6 points per game, 8.4 rebounds, and 6.2 assists. The Lakers’ burdens are too much for a single player to shoulder.

In their latest game against the Minnesota Timberwolves, not only were the Lakers defeated by 20 points but things got a bit uglier. A poor sequence of play between Patrick Beverly and Westbrook where Pat Bev outhustled him was a very telling sign about the game.

The two have had a long-standing beef stemming from Westbrook’s comments about Beverly.

Russell Westbrook: “Pat Bev trick y’all, man, like he playing defense. He don’t guard nobody, man. He just running around, doing nothing.” Made sure to note that James Harden scored 47 tonight.

And Pat was sure to get one back up on the former MVP.

One of the most animated players in all of the NBA, Beverly insulted Westbrook as he gestured holding his nose. Mouthing “trash” and implying a bad stink.

Karl Anthony-Towns also got in on the act as he feigned bafflement after Westbrook air-balled a shot. The prolific big seemed to mock the abysmal 3-point shooting percentage of Westbrook this season.

The Lakers and Westbrook have to act fast if they have any hopes of saving face in the NBA.