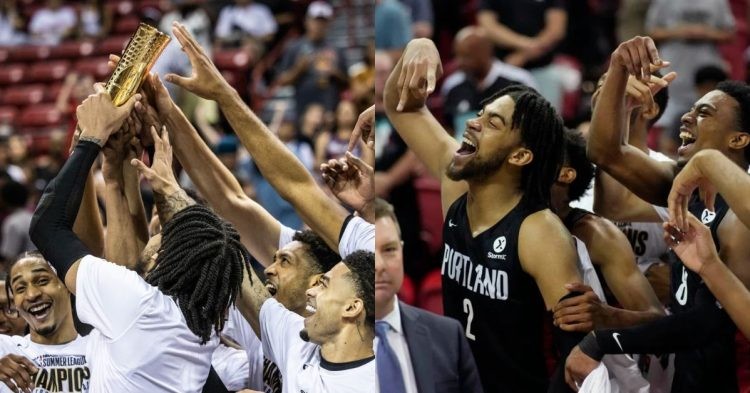 45 years ago, in the 1976-77 season, the Portland Trail Blazers won their first ever NBA title. They were led by Bill Walton and Maurice Lucas decades ago and have been thirsting for some show of success since then. Damian Lillard, Clyde Drexler, and LaMarcus Aldridge are all-stars, and yet it was Trendon Watford that achieved it last night by winning the NBA 2k23 summer league.

In 2018-19, the Portland Trail Blazers lost in the Western Conference finals. Their play to get there was exceptional and they showed great promise. Since then, they have missed the playoffs once and been swept in the first round the other 2 times. After trading away a lot of their assets, they are now in a rebuilding or retooling stage around Damian Lillard.

The NBA introduced their new format for the NBA summer league. It began with the California Classic summer league and Salt Lake City summer league but the main event was the NBA 2k23 summer league. Early on we got to see a ton on display from the rookies before they were shut down to avoid injuries.

5 games in and 3 teams tied for the best record of 4-1. Those were the Trail Blazers, Raptors and Bulls. However, it was the Blazers vs the Knicks in the ‘championship game’. The Blazers went on to win the game with a final score of 85-77. Quintin Grimes and Miles McBride combined for 36 points but it could not amount to anything.

Brandon Williams scored 22 points on the night when it mattered the most. And NBA 2k23 Summer League Finals MVP, Trendon Watford, tipped the scales in Portland’s favor with his 19 points, 7 rebounds, 3 steals, and 1 block whilst shooting 50% from the 3. In the NBA Watford averaged 8 points and 4 rebounds per game as a rookie. But he’s now shown Portland what his future could look like.

Portland have won the Summer League before but they have never won a ring for it. With the changes the NBA has implemented, the Portland Trail Blazers have ‘technically’ won their first championship ring in 45 years. It’s unlikely that they will be able to replicate this in the actual season due to the lack of talent. But at least their attempt at a rebuild is looking a lot more promising.