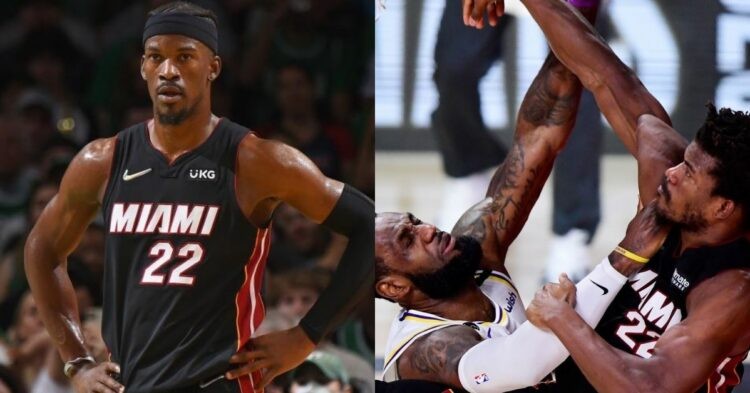 Despite a commanding lead in the series so far, Jimmy Butler and the Miami Heat lost the upper hand after a blowout loss in Game 4. Dealing with the Atlanta Hawks and Philadelphia 76ers was fairly easy for the Heat compared to the Boston Celtics. Both teams are hungry enough to push it to their limits and stretch the series to 7 games.

While Miami performed consistently despite the covid outbreak, Boston had the comeback story of the season. The Heat is dealing with a long list of injuries and Tyler Herro’s absence certainly had a part to play in the massive moss Monday night.

With the series even at 2-2, it is impossible to predict which will advance to the Finals to face the champion of the West. They’re both equally deep and capable of making a title run.

LA Lakers were meant to be title contenders this season with their star-studded roster. Just like every other top-tier team they were also dealing with a lot of injuries and used it as a convenient excuse to miss the postseason. Let alone playoff, they did not even make it to the play-in tournament.

LeBron James time and again said AD’s absence is the reason behind the spectacular failure of a season. It’s not too long ago that the Lakers and the Heat met in the Finals which ended in the LeBron taking home his fourth and possibly final ring home.

Jimmy Butler decided to take the fall for the Game 4 loss and did not use his knee injury as an excuse. He had to leave Game 3 in under 20 minutes but the rest of the team got the job done.

Butler was keen on playing Game 4 as the knee injury was not deemed serious. and ended up scoring only 6 points. He scored 2 more in a game he left in the first half. Although he is not known as a volume scorer, Butler adapted in the playoffs. Watching him score in single digits against the Celtics was disheartening for fans in Miami.

With the series moving back home Jimmy has promised fans that they will bounce back and that the injury is not serious at all.