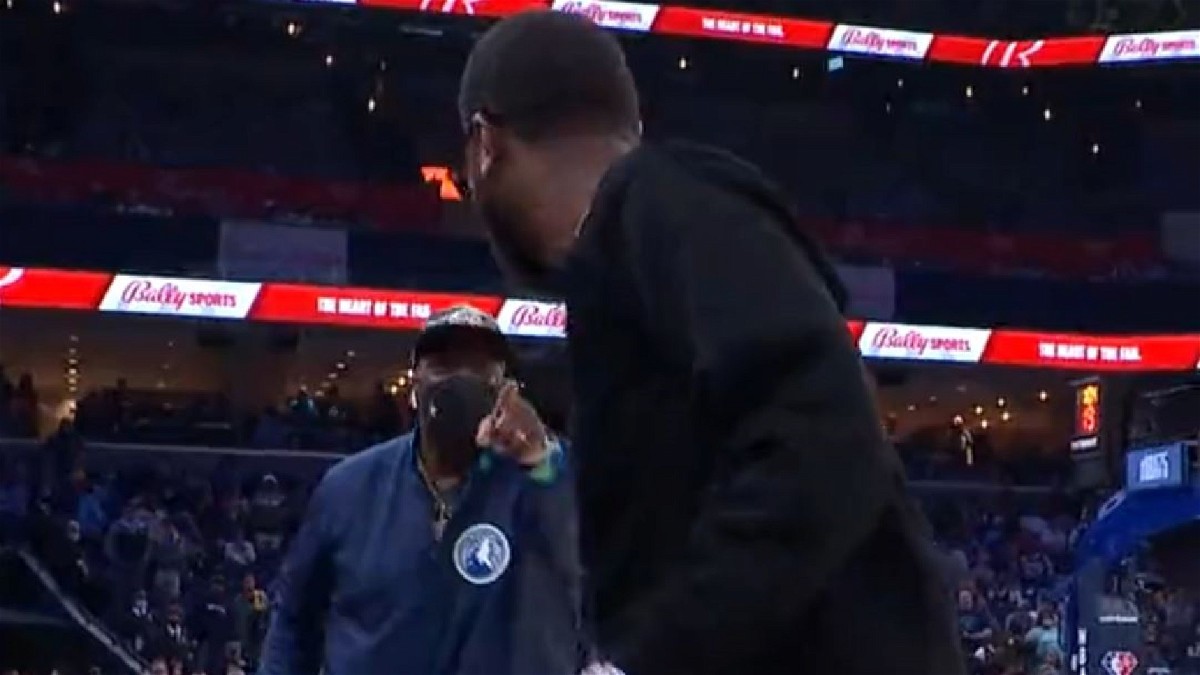 The Memphis Grizzlies hosted the Minnesota Timberwolves for Game 1 of the first-round playoff series. And in attendance were the proud dads of the stars, Ja Morant and Karl-Anthony Towns, leading their two respective teams. Tee Morant and Karl Towns Sr. were present courtside for both their sons’ 6th appearances in a playoff series.

The 7th seed Wolves showed that they were a force to contend with and were no pushovers. They led through every quarter and made themselves right at home at the FedEx Forum. Led by Anthony Edwards’ playoff debut masterclass, they grabbed the first game of the series. Edwards scored 36 points and had 6 assists to go with some exceptional defense on Ja Morant.

Karl-Anthony Towns shrugged off his Play-In struggles and dropped 29 points and 13 rebounds. Likewise, Ja Morant made his presence felt with 32 points and 8 assists. But their dads did steal the show right at the end.

With a minute to go in the game, Tee Morant and Karl Towns Sr. had a moment amongst themselves on the sidelines. The game now firmly in the Wolves’ grasp, the two found the time to cool off after constant to and fros throughout the game.

However, the banter between the two still did not stop. After dapping each other up and hugging it out as two happy fathers, Towns Sr made a snide jibe at Morant’s constant smile, “I’d be smiling too if the refs handed me the game!”

But Tee Morant did not hold back either. Morant Sr. who looks strikingly like the American rapper Usher, and was mistaken for him by many fans watching the broadcast came right back at his friend. Speaking right into ESPN’s camera, he said “No smoke. We ain’t ducking no smoke.”

Furthermore, he echoed his support for his son’s team, “Memphis, Memphis, Memphis!” But if you think you have heard the same somewhere, you are right. Ja’s dad borrowed one of his quotes from earlier on in the season.

After being asked about Pat Bev and his incessant trash-talking, Ja brushed it aside saying, “We ain’t ducking no smoke, we run up the chimney. It’s simple as that. Ain’t no conversations about not letting nobody get under your skin.”

And the smoke is here, courtesy of the Minnesota Timberwolves. How will Ja Morant and the Grizzlies react?