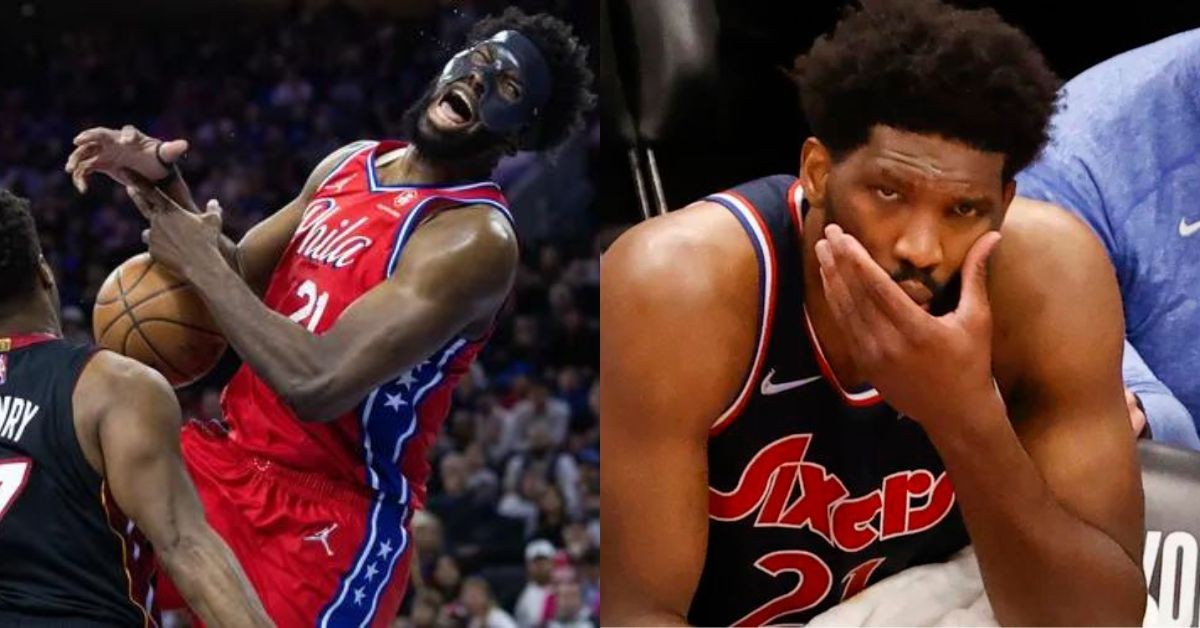 Game 5 of the Miami Heat vs Philadelphia 76ers was played tonight with Miami taking a lead in this series. They now lead 3-2 in the series and could close it out in game 6. However, Joel Embiid could not play at full strength tonight. In the second quarter, the defender on Embiid smacked him right across his face to reaggravate his injury. It forced him to be left on the floor in tears.

In the closeout game 6 of the Toronto Raptors series, Joel Embiid was a victim of Pascal Siakam’s elbow. He suffered concussions and an orbital bone fracture. That sidelined him for the 1st two games of the Miami Heat series. Miami took advantage of the situation to win the first 2 games but has lost the next 2 since his return.

Joel Embiid believes he was fouled

Joel Embiid was playing through an injury to will his team to the conference finals. It was very clear that just James Harden was not going to be enough for them to win. Harden was a great player but is now reduced to just a starter.

In Games 3, 4, and 5 Joel Embiid has not played amazingly. He’s barely been able to score 20 points in a game. But his addition to the team gave the 76ers a much-needed spark. Seeing Embiid play through an injury helped them tie the series.

They lost game 5 but all the headlines were on Embiid crying. With 6 minutes left in the 2nd quarter, the Heat missed a shot and Embiid went up for the rebound. All arms were in the air but Dedmon’s hand hit Embiid’s face. It was accidental but was not called for a foul.

Doc Rivers was furious with this call but ended up getting a technical for his antics. After a long time on the floor, Embiid returned to the game but was virtually useless.

“This is a lose-lose situation for me. If I don’t play, I’ll probably get called soft. If I play and I play bad, they’ll probably come up with a bunch of stuff like, he’s just not good enough.”

Joel Embiid stayed in the game because of this and also this was the reason they lost. Will Philly be able to win in game 6? Or is Embiid’s injury going to cost them yet again?