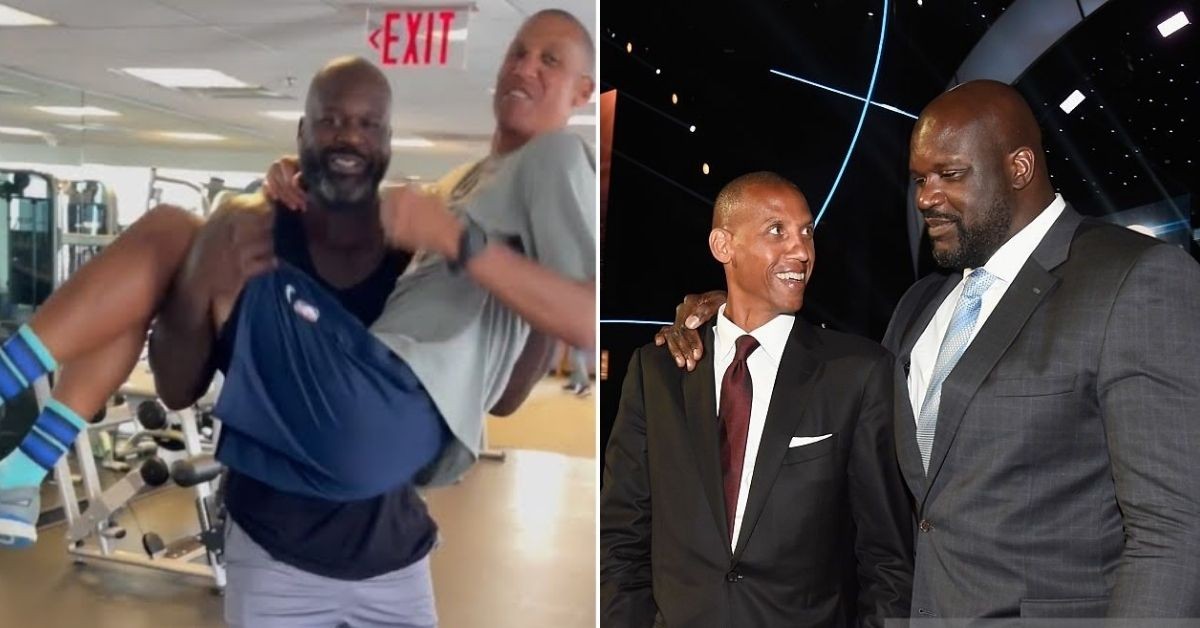 What happens when you put 2 NBA Hall of Famers and serial comedians in the same room together? They create some of the most wholesome and funniest content you will see today. Shaquille O’Neal and Reggie Miller were seen working out together and having a ton of fun doing it.

Shaq and Reggie Miller were all-time greats and were exceptional in the field they focused on. O’Neal was the most dominant player in NBA history because of his bully ball in the paint. Miller was the greatest 3-point shooter the NBA has ever seen only recently surpassing Stephen Curry and Thompson.

O’Neal and Reggie were competitors on the court for years. They were also really good friends in the initial years of ‘Inside the NBA’. When they played, they were both the type of players that would get in their opponent’s heads.

Currently, Miller is 56 years old and O’Neal is 50. But they still workout and last night they worked out together. At the end of the workout, Shaq lifted Miller and curled him effortlessly like a 10kg dumbbell. The video was hilarious and wholesome and went viral.

NBA fans compared this video to the new trailer of She-Hulk and honestly they look identical.

These 2 players played 31 games against each other. Shaq won 18 of those games to Miller’s 13. He also dominated in those games. He averaged 27 points, 12 rebounds, and 3 blocks per game. Whereas Miller averaged 20 points, 2 rebounds, and 2 assists. The big part of that was because the timelines of Reggie’s decline and Shaq’s prime came together.

In 1993, Shaq’s 2nd season in the league he gave prime Miller the works. On 12th September 1993, he scored 49 points with 11 rebounds on 68% shooting from the field. Shaq also had a better career with more NBA titles and other accolades to his name. And O’Neal won his first NBA title in 2000 against Miller’s Pacers, something he can hold over him forever.

Reggie Miller and Shaquille O’Neal also starred together in Kyrie Irving’s hilarious movie ‘Uncle Drew’. Both their characters, to some extent, showcased their character to the fullest on that movie. We can’t wait to see these guys hit the gym together again.