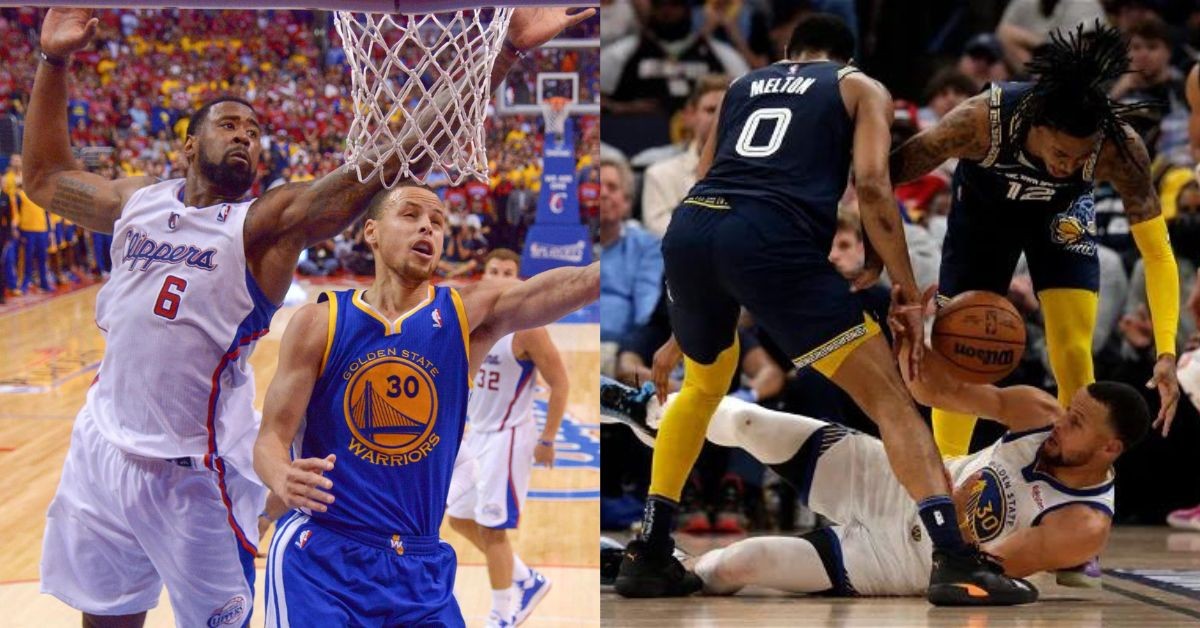 The Golden State Warriors just lost game 5 of the Western Conference semi-finals to the Memphis Grizzlies to make the series 3-2. They lost by 39 points and were humiliated. This game was the biggest playoff loss for the Warriors since 2014. Stephen Curry gave a humorous candid reaction to remembering that series.

Memphis is now attempting to claw back its way into the series. They have been playing without Ja Morant. However, just like they did in the regular season, they have been able to hold their own. With the dominant win tonight, they’ve made a bold statement.

In the post-game press conference, one of the reporters brought up the fact that this was the biggest loss in the NBA playoffs for the Warriors since 2014. What she was referring to was game 2 of the first round of the playoffs in 2014. The series and game were against the Los Angeles Clippers.

In 2014, the Warriors were the 6th seed and took on the 3rd seed Clippers. LA should’ve made easy work of the Warriors. But the Warriors stole game 1 from LA as the underdogs. The Clippers had to retaliate and they did that in game 2.

Blake Griffin scored 35 points in a 40-point win and was supported by nearly 7 players that scored in double digits. On the other hand, a championship-less Stephen Curry scored 24 in a losing effort. The final score was 138-98, a 40-point win, 1 more than last night’s loss.

This was Curry’s 2nd year in the NBA playoffs. And this loss did not demotivate him. The Warriors pushed the Clippers to 7 games before they lost. It was a great sneak peek of what we were going to get from Curry in his future.

Can a 33-year-old Stephen Curry do what a 25-year-old Curry could not do? Pulling himself back after an embarrassing defeat.