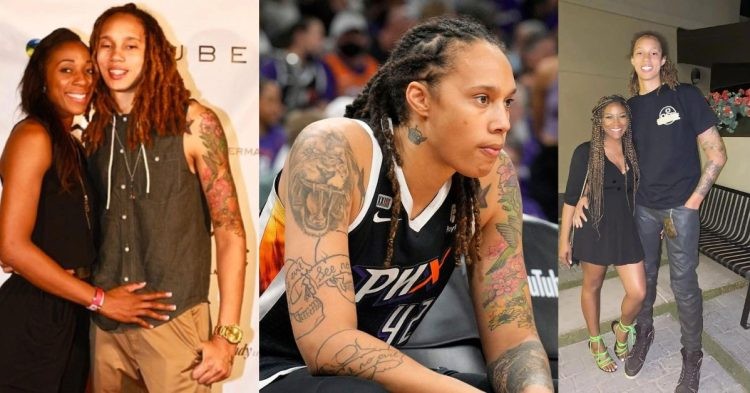 Netizens cannot seem to have enough over Brittney Griner! The news and the controversies around her keep growing after her release. People are coming up with very bizarre and irrelevant questions about her private and public life after her return.

Maybe the folks at @TIME magazine will change their minds now and name Brittney Griner as Man of the Year instead of Zelensky.

Many people are furious about her return instead of Paul Whelan, the ex-Marine, who was arrested back in 2018 and still remains inside the Russian prison. The haters went as far as calling her an anti-American and a man hiding his true gender.

First of all, Brittney Griner is a man, pretending to be a lesbian woman. He changed nothing but his name. Secondly, it has nothing to do with race or gender. It has to do with special treatment for an American hating criminal. Pull your head out. https://t.co/RCawirGNlU

Twitter is now flooding with random and bizarre questions about the WNBA star Brittney Griner.

Just an FYI , @brittneygriner is a man.

Marc Fogel should have been freed during a prisoner swap instead of Britney Griner, he was sentenced to 14 years in prison for weed possession and was in prison longer. Britney Griner is a man! I hate the woke left! #britneygriner #marcfogel pic.twitter.com/6uz2vZVlZY

While, many argue that it is one thing to comment about her public life and her remarks on the nation, it is totally unethical to get into her private life and comment on it.

What is Brittney Griner’s sexuality?

The Phoenix Mercury center, BG has been one of the first woman basketball players to come out openly about her sexuality. She has openly expressed that she is lesbian on many public stages and social media platforms.

Brittney, the basketball star, revealed that she was lesbian in 2013 when she was drafted into the WNBA. She felt liberated as soon as she came out openly about her sexuality. She has been a huge voice for the LGBTQ community since then.

According to the New York Times, the star athlete was found to be guilty of committing domestic violence against her then fiancée Glory Johnson, who was also a WNBA player.

Lesbian relationships have the highest rates of domestic violence. (Yes they do, look it up.)

Women can be plenty violent violent, but when they hit a man, he is the one who gets arrested.
https://t.co/ppjlkPc2og

This incident is now being used against the WNBA star to target her for her remarks on the National Anthem and the US preferring to trade Viktor Bout for her instead of Paul Whelan. She has found herself in a delicate position for her earlier comments.

I’m glad #BritneyGriner is home where she belongs.

🤔We send billions to Ukraine to fight Russia, yet we just gave Russia an infamous maniac arms dealer?

I wonder if #Griner knows she was swapped for a man who is responsible for a war in Africa that killed 1,000s of humans.

What do you make of these ongoing allegations against Brittney Griner soon after her release? Do let us know in the comments section.