WATCH: Minnesota Timberwolves Fan Tries to Glue Herself to the Court for Animal Rights 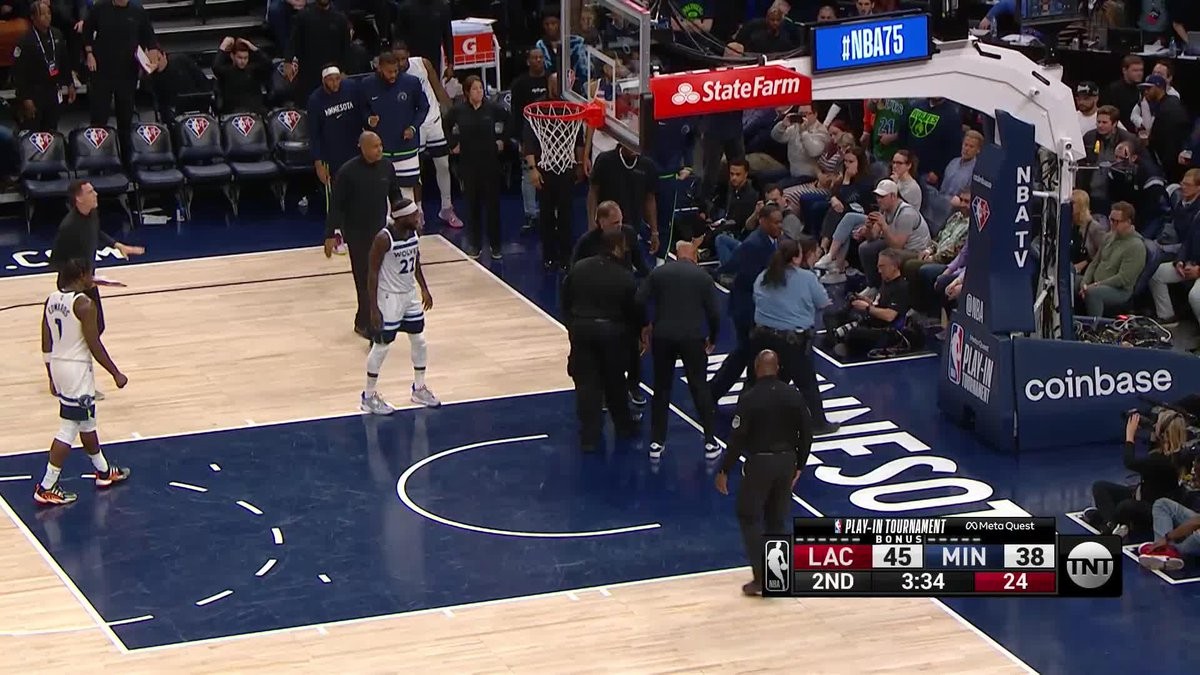 The Minnesota Timberwolves successfully defended their position in the Western Conference after defeating LA Clippers at home. The Play-in tournament is a blessing for the 9th and 10th seeds whereas for the 7th and 8th their hard work of 82 games is negated after a single matchup.

It was a good addition last season due to its shortened duration. This year however all teams played 82 games and earned their position. Unlike the Eastern Conference where Nets and Cavs are tied for 7th seed and Hawks and Hornets are tied for 8th the margin is wider in the west. Despite being 6 games ahead of the Pelicans Paul George and co need to give it their all this Thursday to keep postseason hopes alive.

Timberwolves fan glued herself to the court to defend horses

As if the game itself wasn’t exciting enough with several lead changes, a girl glued herself to the court for unknown reasons. In the second quarter with the Clippers comfortably in the lead T’Wolves called a timeout to discuss possible strategy changes to turn things around.

Clearly, the woman gluing herself gave them enough time to make meaningful changes and end the first half with a two-point lead. However, the incident was trending everywhere with fans wondering what drove her to do such a stupid thing on national television.

She was immediately thrown out for disrupting the game but there’s a story behind why she did it. After investigation, she was revealed to be an animal rights activist. Glen Taylor, Minnesota’s owner, had to kill chickens on his farm due to the ongoing bird flu which enraged many activists.

The woman who glued herself to court at Clippers/Timberwolves game wore a shirt that said “Glen Taylor Roasts Animals alive.” She was referring to an egg farm that he has that had to recently kill chickens because of the bird flu outbreak that has been happening. Yep. @NBAonTNT

There are also reports about the glue factory that abuses horses for its production linked to Glen Taylor. These reasons led her to glue herself to the court to make a solid statement. The fact that she is trending and everyone is talking about her, clearly, the activist achieved her goals.

“Who’s Gonna Guard Me?”: Shaq Enraged at Fans for Comparing Lebron James and Anthony Davis to Him and Kobe