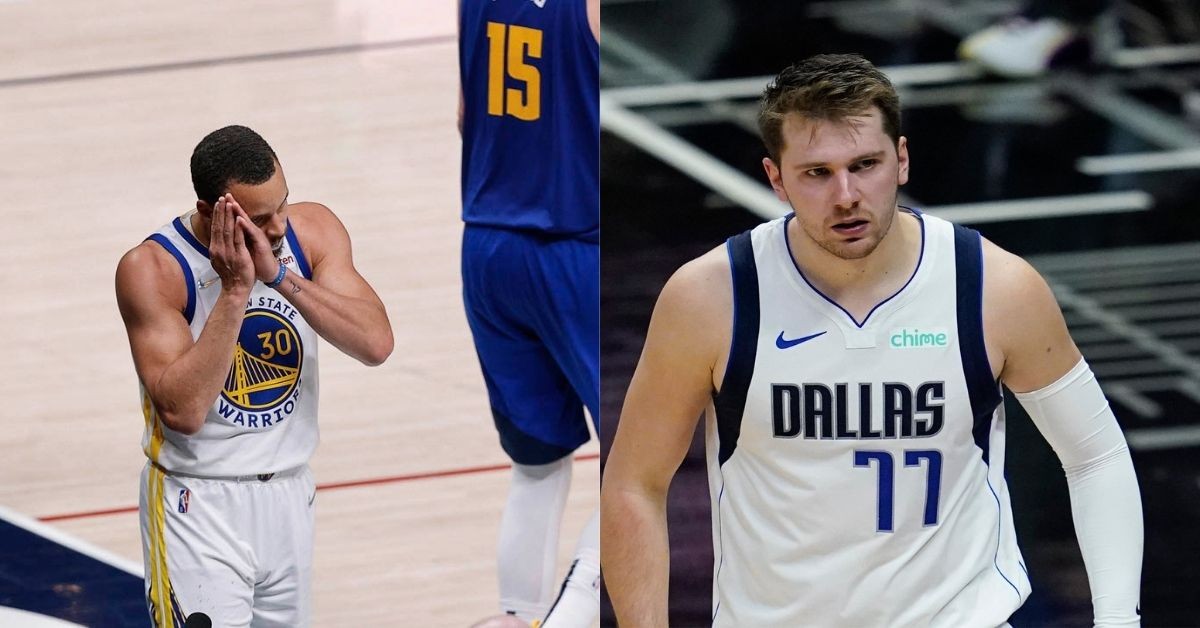 The Golden State Warriors have a 2-0 lead against the Dallas Mavericks in the Western Conference Finals. Stephen Curry was quick to through up the “Goodnight” move after closing out Game 2 at home. Dub Nation has a 14-1 record when up 2-0 against a team, the only loss came in the 2016 Finals against LeBron James‘ Cavaliers.

Despite illness, Luka Doncic filled the stat sheet in every way possible. He dropped 42 points and dished out 8 assists. He grabbed 5 boards as well along with 3 steals and a block. Mavericks’ supporting cast was not up to the mark tonight except Jalen Brunson and Reggie Bullock.

Will Stephen Curry regret his antics if the Mavericks pull another comeback win?

Devin Booker and Chris Paul certainly regret the overconfidence on and off the court against Luka Doncic in Conference Semi-Finals. The Dallas Mavericks absolutely destroyed the #1 team in the West on the road.

With the Next two games moving back to Dallas, their role players will shine and the Warriors will have a tough time stretching the lead to 3-0.

Despite all the antics on the court, Stephen Curry and the Warriors know better than to enrage Luka Doncic. They were humble after the blowout win in Game 1. That “Job’s not done” attitude worked in their favor as Game 2 started on a different note.

Kevon Looney’s career-high game coupled with the Warriors massively outscoring Dallas in the paint facilitated a 19-point comeback to win by 9. This team is not new to pulling comeback wins.

Golden State made history last night to become the team with the most comeback wins in the last 25 seasons of NBA action.

The most 15+ playoff comebacks of any team in the last 25 seasons 😮 pic.twitter.com/uGrXLtPGAG

Their record on the road has not been great this season and with a team like Dallas, the Warriors will have to continue attacking the rim like last night with role players stepping up.