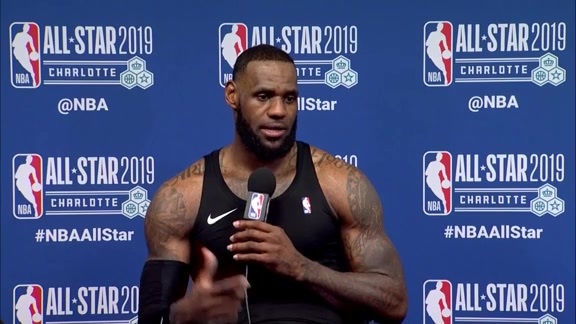 After Shaquille O’Neal, LeBron James joined the Utah Jazz slander during the All-Star Draft. He immediately apologized to the franchise and emphasized that it was a joke, however, the top seed in NBA and arguably the hottest team right deserves more respect. Rudy Gobert did respond to the snarky comment made by King James in the post-game press conference.

Utah Jazz blew a 3-1 lead to the Denver Nuggets in the bubble playoffs last year and didn’t look back since then. They have the best bounce-back narrative so far, with their winning streak lasting as many as 11 games. They hold the best record in the NBA currently having faced a fairly difficult schedule. Jazz had a rocky start to the season. But their resilience has paid off as they stand above defending champs LA Lakers and heavily stacked LA Clippers.

Donovan Mitchell and Rudy Gobert have worked out their differences from the previous season and are named All-Stars this year. They disproved every single analyst who questioned them. Despite having the best record, these Utah stars are facing slander from players. During the NBA draft, Donovan Mitchell and Rody Gobert were the last players to be selected and LeBron backed it by saying no one ever chose Utah even as kids.

LeBron James reason for not picking any @utahjazz players until the end is hilarious. 😂 #NBAAllStar

Also Read: NBA All-Star Game: LeBron James Not in Favor of Having an All-Star Weekend This Season

Team LeBron vs Team KD: NBA All-Star 2021 Game details and where to watch

With maximum fan votes, LeBron James and Kevin Durant became the captains and had an opportunity to pick the players among the best in the NBA. Bron went with Giannis Antetokounmpo as his first pick while Kevin Durant chose Brooklyn Nets teammate Kyrie Irving as expected.

For the first time in their respective careers, LeBron James and Stephen Curry will pay together. After 4 years of rivalry in the finals, this would be a welcome sight for NBA fans. Kevin Durant, Anthony Davis, and Devin Booker will not be playing the All-Star game due to injuries. Jayson Tatum is KD’s replacement whereas Mike Conley is Devin Booker’s replacement for Team LeBron. In addition, Domantas Sabonis has been named as the All-Star for the first time in his career and he will be replacing Jayson Tatum in the reserves.

The All-Star game is set to happen in Atlanta this year and is a single-day event as opposed to the 3-day schedule which NBA used to follow. The Arena will be open to lited fans on March 7th. The night will begin with the Skills challenge and a 3-point shooting contest. 2015 winner Stephen Curry is entering the 3-point contest this year as well.

This will be followed by the All-Star Game and the Dunk Contest is scheduled to take place at halftime. Zion Williamson was expected to enter the Dunk contest however, he is playing for Team KD and will not be able to pull it off during the halftime break. Team LeBron currently has better odds to win the game on Sunday night with KD out, however, 2020 All-Star MVP Kawhi Leonard might save Team KD.