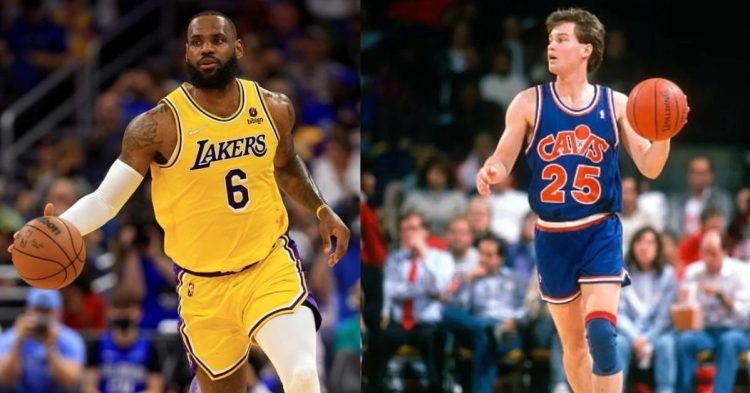 LeBron James has been in the NBA for two decades now. He has seen several types of players and talent throughout his career. Being a student of basketball, LeBron knows the history of the game and about players he never had a chance to play with or against. Mark Price is a former NBA player who played from 1986-1998.

There was a recent interaction on social media between the two players. It began with King James showering Price with praise, which was promptly responded to by the retired NBA player. One must wonder why LeBron felt the need to compliment him and who Mark Price even is in the first place?

Not many modern-day NBA fans know about Mark. He was a 6′ point guard who weighed only around 170lbs. He played in 4 teams throughout his career. They were the Cleveland Cavaliers, the Washington Bullets, the Golden State Warriors, and the Orlando Magic. He spent 9 full seasons with the Cavs, LeBron’s home team, and played for a total of 13 seasons in the NBA.

Price averaged 15.2 points, 6.7 assists, and 2.3 rebounds throughout his career. Additionally, he shot 47% from the field, 40% from the three-point line, and 90% from the free throw line. These are exceptionally efficient scoring numbers regardless of the generation or era played in.

When he was first entering the league, there were several criticisms of him being too slow or too small. Simply speaking he was considered nothing special and was only drafted in the second round of the 1986 draft by the Dallas Mavericks. They instantly traded him away to the Cleveland Cavaliers, where he spent much of his prime.

Price was the player who first showcased the ability of a guard to split a double team on offense using a pick and roll. Therefore, he could easily dart narrowly past his teammate’s screen and create an open space in transition to score. This is an art in itself and earned James’ admiration.

Appreciate the shoutout @KingJames too bad we weren’t able play together…we would have killed it!

Mark responded to LeBron’s glowing praise with the caption ” Appreciate the shoutout @King James… too bad we weren’t able to play together…we would have killed it.” One must wonder whether these two could have been a dynamic duo if they had played in the same era. This never actually happened and is just wishful thinking at the end of the day.