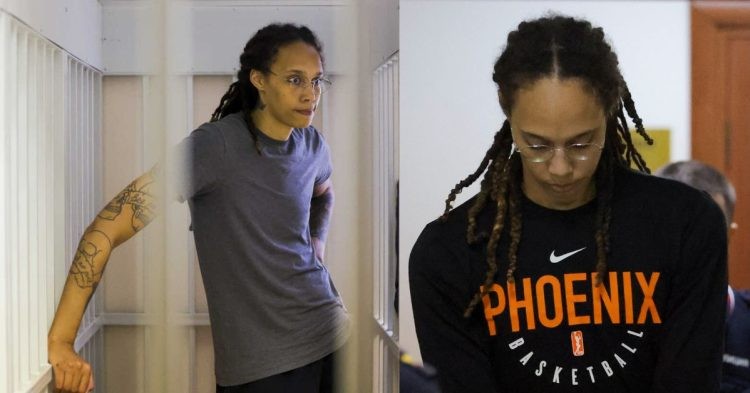 NBA fans must certainly be aware of the arrest and imprisonment of WNBA star Brittney Griner. She was arrested in Russia around 9 months ago for carrying Marijuana Vape Cartridges through airport security. Despite the seemingly victimless nature of this crime, she has been sentenced to 9 years for this crime.

There have been several talks of negotiations and potential prisoner swaps in an attempt to bring Brittney back home. It becomes difficult to understand the exact situation and what Russia’s demands could be due to the overwhelming amount of information.

Therefore, it is important for us to understand the bigger picture and know why all of this is even happening. While it is certainly impossible to say for certain, we are free to hypothesize based on the information given to us.

Russia is keeping the hope of Brittney Griner being released alive

The Biden administration has been engaged in talks and negotiations to free Griner from Russia. There is also another American imprisoned in Russia named Paul Wheelan. He used to be a Michigan corporate security executive.

Bringing both of them back home appears to be a priority for the US administration. After all, there is a lot of public sympathy and outrage at a 9-year sentence for the WNBA star.

Russia’s deputy foreign minister Sergei Ryabkov addressed the media and reporters recently on this issue. He spoke quite cryptically. However, we can clearly tell that he wants the hopes and chances of these prisoners returning alive.

“There is always a chance…Regrettably, there have been a few occasions when it seemed that a decision in favor of it was about to be made, but it never happened…”

Ryabkov also expressed that the idea of a prisoner swap would certainly have helped move toward a positive relationship between America and Russia. However, he explained that Russia is currently unhappy with the way the US is handling the situation.

He accused America of participating in “Loudspeaker Diplomacy” and explained that things do not operate in the same manner back in Russia. One must be wondering what this term even means. As we can tell, it refers to a style of engaging in public discourse when the matter should be resolved privately.

This is certainly an interesting point. There is no arguing that the US has done just that by making repeated statements about releasing Griner. Russia knows we want Griner. Additionally, they know that emotions are high and they will be free to raise the stakes. By showing disapproval of the style of discussion so far, they increase the chances of getting a better deal. If one even happens.