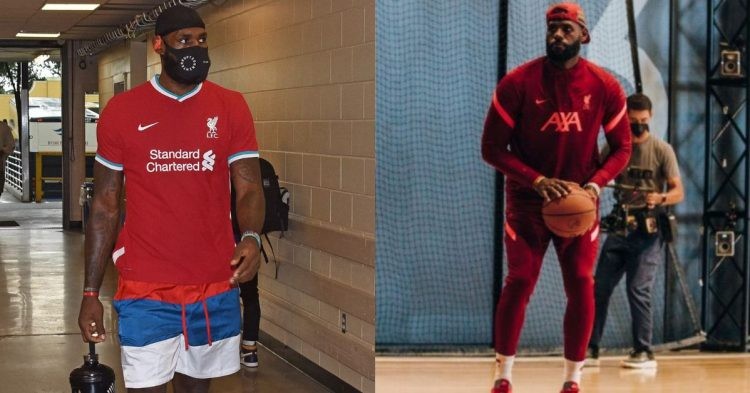 As we all know, the NBA star LeBron James has built a huge empire off the court. It is known that he is the only billionaire to be an active NBA player. A venture that has helped him reach that point would be his stake in English Premier League’s powerhouse, Liverpool.

BREAKING: Liverpool FC has been put for sale by Fenway Sports Group, per @David_Ornstein.

The club was most recently valued at $4.5 billion. pic.twitter.com/8cpkVMnouU

King James bought a 2% stake in the English club back in 2011. And his journey with them and the Fenway Sports Group might take a drastic turn. According to various reports, FSG has decided to put up Liverpool FC for sale, 12 years after purchasing it. Let’s take a look at what it might mean for LeBron’s stake in the club and his net worth.

As mentioned before, James bought a 2% stake in the club in 2011. LeBron bought it as part of a sponsorship deal he had with FSG back then. The former Miami Heat star paid $6.5 million. Just like his other business ventures, LeBron became a shareholder of the club together with his friend and business partner Maverick Carter.

Now, the Premier League Club will go up for sale — most recently valued at $4.45 billion. pic.twitter.com/n1kAEKYTC7

According to numerous sources, LeBron’s stake in the club is now worth around a whopping $90-100 million. Moreover, the club is valued at $4.45 billion right now by the FSG. One might wonder how the LA Lakers star has seen some exceptional returns on his investments. The main recent for that would be Liverpool’s tremendous success in recent years.

For those who don’t know, The Reds have won the Premier League, UEFA Champions League, UEFA Super Cup, and the FA Cup, to add on to their huge trophy cabinet since FSG took over. Judging from their achievements since 2010, it is quite evident that the US-based company led the club to one of their most successful spells ever.

FSG also owns Boston Red Sox who play in Major League Baseball (MLB), and the Pittsburgh Penguins from the National Hockey League. However, it seems like only Liverpool is interesting enough for James to add them to his long list of investments.

Now that Fenway Sports Group has listed Liverpool for sale, we still do not know if King James will hold his stake. The 6x UCL winners have been going through a rollercoaster of a season so far, sitting 8th in the EPL table. However, it seems like he does root for them despite the shortcomings in recent times.