“What He’s Doing Is Just Mad!”: Dwayne Wade on DeMar DeRozan Tearing up the League for the Chicago Bulls 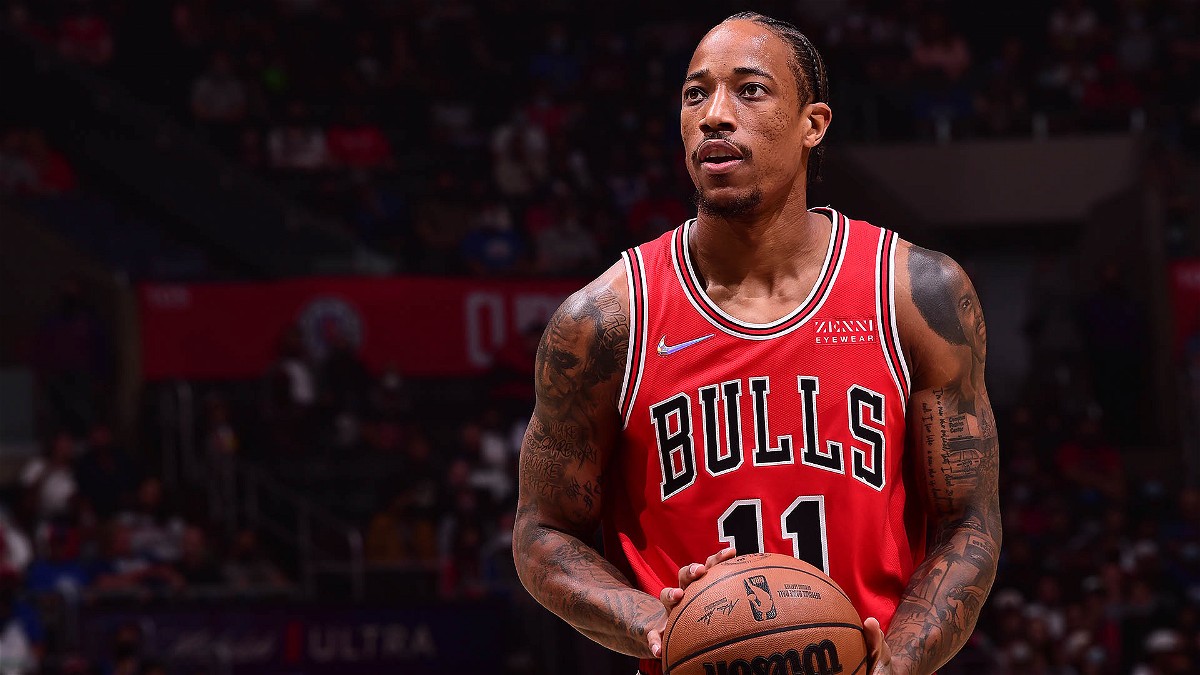 The Chicago Bulls have seen a stark change in fortunes since last season. They have vaulted over to first seed in the Eastern Conference from a lowly 11th placed finish last season. The Bulls have also undergone some radical roster changes that include trading for DeMar DeRozan.

Chicago swapped out Tomas Satoransky, Garrett Temple, Thaddeus Young, Al-Farouq Aminu for Lonzo Ball, and DeMar DeRozan. They also signed Alex Caruso as a free agent after he failed to reach an agreement with the Los Angeles Lakers. These changes helped revamp the roster and got Chicago off to a scintillating 24-10 start.

DeMar DeRozan has led the Chicago Bulls by example

When the Bulls forked out 2 promising players and future picks for the Spurs forward, they would not have expected such an unbelievable return from Deebo in his very first season. Scoring at a career-high average of 27.9, DeRozan has toppled multiple records. Some records that not even the Bulls stalwart and global icon, Michael Jordan, could set.

That’s the longest streak of 35-point games on 50% shooting in Bulls history. MJ never did it. pic.twitter.com/h5d4ovgS9B

But perhaps the highlight of his achievements is his back-to-back game buzzer-beater winners. Sinking the Pacers one night, before burying the dagger against the Wizards the next. He became the first player in NBA history to ever achieve such a feat.


Shooting at an absurd percentage of 61.3% for the last 6 games, the 32-year old has gathered steam ahead of the All-Star game. For which he was finally selected after a 3-year hiatus from it. On NBA’s pregame show on TNT, former NBA All-Star and three-time champion, Dwayne Wade, acknowledged DeRozan’s growth as a player.

“I love that DeMar DeRozan did not change his game. He only improved it. To think about a guy who is in his thirties, to me it seems like he’s improved on what he was already very very good at.”

Wade also addressed his fantastic past form that did not get the recognition it deserved, “He went to San Antonio and everybody forgot about him even though he was playing at an All-Star level. And now what he’s doing is just mad, just next level.”

It will be interesting to see just how far this Bulls team can go this season and if there’s a potential dynasty here like that of the 1990s. And can DeMar DeRozan be its Michael Jordan?

How Much Did WWE Star Brock Lesnar Earn for the Saudi Arabia Appearance?