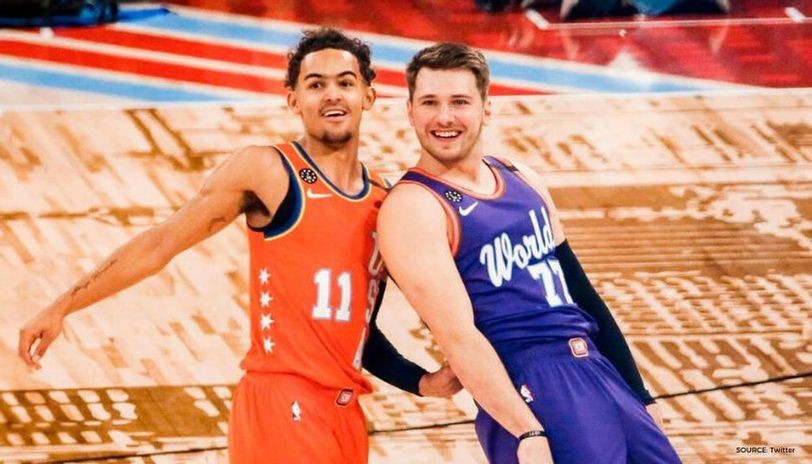 Trae Young and Luka Doncic are both incredible young talents. The two of them have a lot in common. They were both drafted on the same night. They are both point guards and are both 22-year old’s. The two of them have come a long way since 2018. Young and Doncic have now grown to become the stars for their respective teams. Trae Young finished the regular season with an average of 25.3 points and 9.4 assists per game. While Doncic finished his regular season with 27.7 points and 8.6 assists per game.

The 2018 NBA draft night was on the 21st of June at Barclays Center. A lot of young rookies were there, one cap away from making a name for themselves on an NBA court. The Phoenix Suns had the number one pick and they chose Deandre Ayton. The Atlanta Hawks picked Luka Doncic with the third overall pick. Trae Young was the fifth pick by the Dallas Mavericks. The top five picks from the draft also made it to the All-NBA first Rookie team that season. However, there was a trade made that same night. The Dallas Mavericks and the Atlanta Hawks traded their rookies. Trae Young suited up for the Atlanta Hawks while Luka Doncic was ecstatic to wear blue. Little did the NBA fans realize that these two young innocent looking point guards would be the reason a number of experienced players get their ankles broken in the NBA. 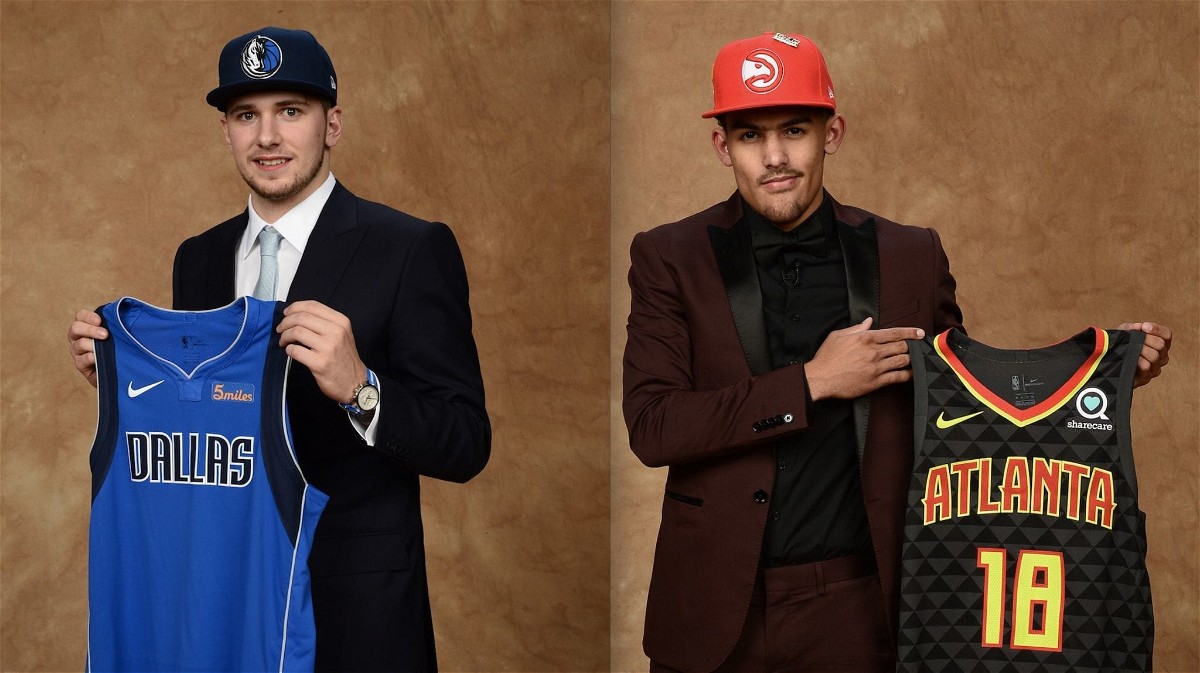 Trae Young Takes The Role Of A Villain For The Hawks

Trae Young entered the league with style. In his third game for the Hawks, he put up 35 points and 11 assists. He topped that performance against the Minnesota Timberwolves with a then career-high 36 points. In 2019, Young had already made a mark for himself in the league. He averaged 29.6 points per game and had a celebration that was nothing but cold. He had also become famous for his crazy logo three-pointers and flashy handles.

In the 2021 playoffs, Ice Trae, the rise of a villain was seen. The Hawks were the underdogs this playoff season. No one expected them to reach the Eastern Conference Finals. It was a young Hawks team led by the vicious and cold, Trae Young that led them to have an incredible playoff run this season. Young Faced a lot of hate from the opposition fans.

He was spat on, made fun of and even had the entire Madison Square Garden saying ‘ F**k Trae Young’. Trae answered with game-winning floaters, a game-winning three-pointer and a classy bow. He had silenced haters and it sure was cold at Madison Square Garden. Trae Young has also learnt to be cheeky with the shimmy before the three. Truly a Villain with ice-cold shots and some classy mic drop moments.

Luka Doncic is truly a magician on court. He has the capabilities of being a point guard, shooting guard and a small forward. He has amazing size and strength as well. Doncic has an amazing basketball IQ and a great pick and roll. Players like Giannis have gone on to say that Luka is one of the most talented guys that he has played against.

The Mavs did not have the best postseason run this year. Los Angeles Clippers sent the Mavericks home in round 1 of the playoffs. Luka however loved playing against the Clippers and always has. It was Luka’s clutch three that sent the Clippers home last season. This year,  He put up 20 plus points in every game. He also came in with a sharp 46 points in his last game this season. Luka Doncic is also looking to sign the max extension with the Mavericks. It is clear to see that Luka Doncic is the magic that the Mavericks need.

Who Won The Luka-Trae Trade?

The trade was easily one of the most balanced trades in the history of the NBA. The Hawks got themselves someone who won’t give up. Dallas Mavericks got them a man who won’t panic in clutch situations. Both these youngsters have done a lot for their respective teams. Keeping this season in mind, it is safe to say that the Atlanta Hawks won the trade. Trae Young’s 2021 playoff run will go down in the history books of the NBA.

However, looking at it from an overall career point of view, both teams won this trade equally. Luka Doncic and Trae Young may be from the same draft class but the truth is they are two very different players with very different mindsets. They are an asset to their respective teams.