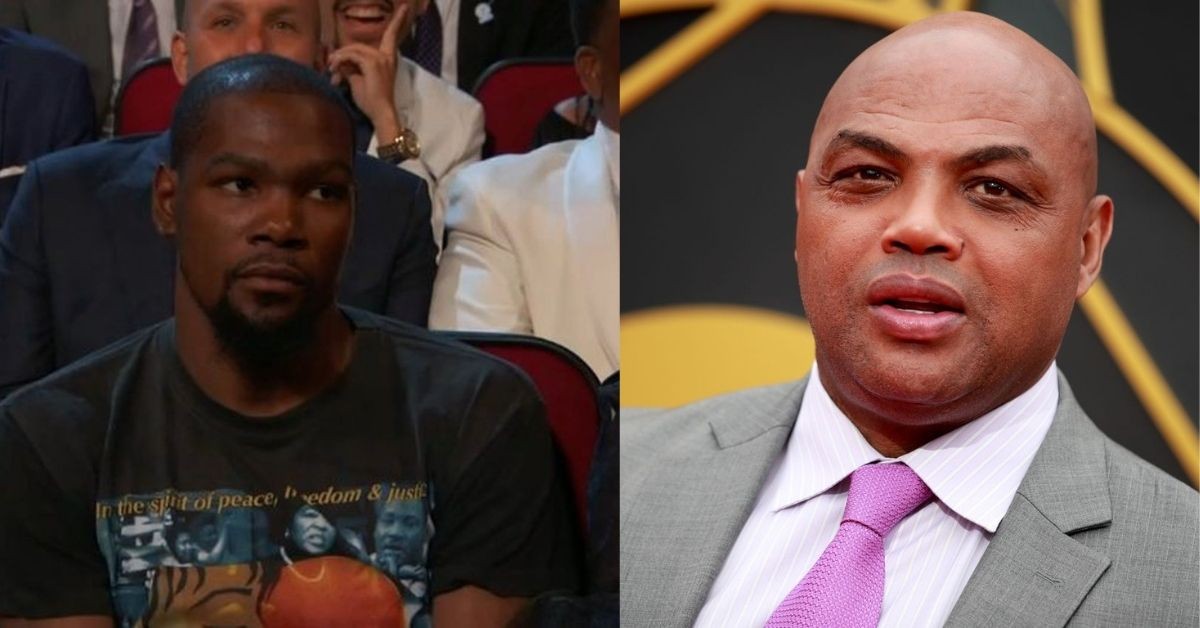 KD and the Brooklyn Nets were swept by the Boston Celtics. Kevin Durant was unable to carry his team over the hump in the very first round. Additionally, he was held to a mere 29 pts, for his stature, average in the series “Inside the NBA” analysts such as Charles Barkley, took this opportunity and took a shot at Kevin Durant’s Legacy.

Charles Barkley has been extremely critical of Kevin Durant

Kevin Durant was initially in the Oklahoma City Thunder. However, he was unable to lead that team to a championship.KD asked for a trade. Additionally, he went to the Golden State Warriors. The Warriors were coming off a finals run.

This led to his titles with Golden State being of tarnished value in comparison to the others of that generation. This is also why he requested a trade to the Brooklyn Nets. However, he has been unsuccessful, so far, in leading them to an NBA championship.

Charles Barkley is a part of the NBA media now and has never won a championship in his 16-year career. This is pointed out to him frequently. Barkley took the opportunity to state that in exact wording.

“All these bus riders, they don’t mean nothing to me. If you ain’t driving the bus, don’t talk about how you a champion.”

His message is clear as he was taking a shot at Kevin Durant for just driving the bus that Stephen Curry and the “others” were driving.

KD fired back at Barkley for constant insults

Kevin Durant has always had an active social media presence and life. This is quite common amongst NBA players to stay in touch with their fans, make their presence felt on any topic that interested them, or anything a normal human would do. The Slim Reaper, however, seems to take this to the next level and always responds to his haters and doubters.

“Where would Chuck be without the big homies”

Therefore, it was no surprise to see that Kevin Durant had posted a story with Charles Barkley with the Houston Rockets, where he spent the last 4 years of his career, paired with aged superstars, desperately trying to win a championship, but always falling short

This is the backstory behind Kevin Durant’s cryptic Instagram stories after the clean sweep by the Boston Celtics on Monday.

All You Need to Know About The Ultimate Fighter Season 30: Team Peña vs Team Nunes