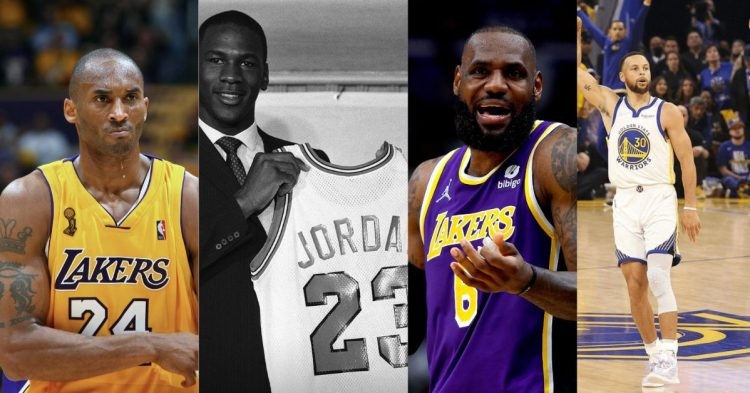 The 2022 NBA Draft was conducted recently where many top talents were on the show for the world to see. Paolo Banchero came out as the No.1 pick.  Orlando Magic was the team to pick him. Another prodigy was Chet Holmgren as the No.2 pick. Oklahoma City Thunder was quick to grab hold of the youngster. The draft brings up one question; if the number a player is picked at is high, does it mean they will be equally as successful?

If that’s the case, what picks were the NBA’s best? When we hear this, we think of Michael Jordan, LeBron James, Kobe Bryant, and Stephen Curry. Let’s have a look at when they were picked.

Let’s start with a legend everyone can agree on; Kobe Bryant. He was one of the best stars of high-school basketball during his time. His game attracted the eyes of many top teams in the league. However, he proves that you can also make a name for yourself after you take a big step. He was the 13th pick in the 1996 NBA Draft as the Charlotte Hornets went for him before trading him to the LA Lakers, where he became a legend.

Next up, it’s Michael Jordan. The Chicago Bulls picked him at No.3 in the 1984 NBA Draft. However, to make things more interesting, there have been many reports that stated that the Chicago Bulls did not have Jordan as their first choice, or even a second. Jordan proved everyone wrong as he went on to become arguably the GOAT. He boasts six title wins, more than the other GOAT contender.

We can’t bring up the GOAT debate and not mention LeBron James. He was pretty famous when he was a high schooler. The Cavs picked LeBron at No.1, which caused his popularity to increase even more. The King justified his pick number with a stellar debut as he put up 25 points on his NBA debut.

It’s the greatest shooter of all time next. The Golden State Warriors selected Stephen Curry as the seventh overall pick in the 2009 draft. It marked the start of something magical. He has just won his 4th title this year with GSW, together with a Finals MVP to truly mark his name on the HOF list.