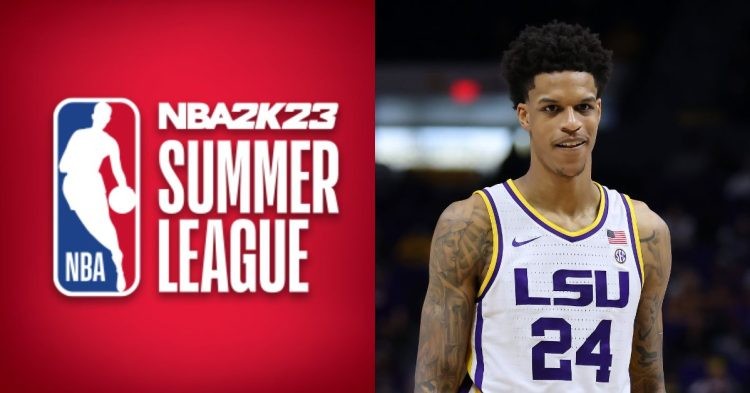 The NBA Summer League returns this year once again to excite basketball lovers. It is a competition that only takes place during the off-season period. Apart from finding out spots to strengthen, the Summer League also acts as a platform to identify talented youngsters.

The 2021 Summer League saw the Sacramento Kings come out victorious, edging out Boston Celtics  100-67 in the Championship Game.

NBA Summer League 2022 starts on July 7th in Las Vegas and will take place for about eleven days till the 17th of July. The competition will consist of 30 teams that will try to beat each other to the championship. 75 games are the total number that the 30 teams will play.

All you need to know about NBA 2K23 Summer League

In the summer league, players from various teams will take part. They could be rookies, sophomores, or even G League players. It’s the place where players who did not get much playing time try to show what they are worth.

Here are the best plays of the 2021 Summer League to get you hyped up for this year.

The tie-break criteria is up next. Two cases will require the use of tiebreakers. When just two teams are equal on points, which is the first one. The criteria to decide the winner will be Head-to-Head matchups and Point Differential. In head-to-head matchups, the higher seed goes to the club that won in the matchup between the two groups in the preliminary round.

Sources: Duke’s Theo John has agreed to play in NBA Summer League with the Minnesota Timberwolves.

The top talents that are expected to play in the Summer League this year will be Shareef O’Neal, Theo John, and Malik Osborne. There also have been rumors that Scotty Pippen Jr may also take part.