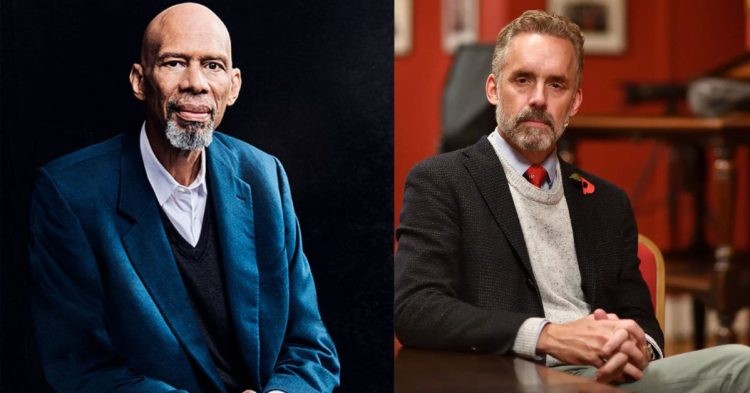 We already know who Kareem is. He is a Lakers legend and an all-time leading scorer in the NBA. Additionally, he has also turned into a social justice warrior. Fans know that Kareem is one of the first people to speak out when it comes to affairs in the NBA.

With that being said, we should wonder why he decided to expose Peterson and whether he was successful in doing so. Understanding what Jordan initially said and the context of this situation will help us make sense of this.

Jordan Peterson has been discussing the controversial issue of gender and identity. Simply put, he is of the opinion that people cannot change genders and that members of the LGBTQ community have some form of mental illness.

We are free to decide for ourselves how we feel about this issue. Nonetheless, Peterson might have gone overboard in his comments on Twitter. He spoke about an actor called Elliot Page who transitioned into a transgender man. This involved the surgery of removing her breasts.

“Remember when pride was a sin? and Ellen Page had her breasts removed by a criminal physician”.

Jordan’s comment was not taken well by the online community and his account was soon suspended. However, he did not apologize. Instead, he chose to remain steadfast in his opinion. These events forced Kareem Abdul Jabbar to speak critically of him by calling him a cult leader, even drawing reference to the popular science fiction movie franchise “The Matrix“.

“Peterson’s homespun homilies mixed with academic jargon lures his followers into junk thinking. Like… all other grifters exploiting their followers for the money

That’s dangerous for them–and for the country.”https://t.co/GykRQFB0kH

“Your basic blue pill vs red pill scenario from the Matrix…the red pill shows you reality and the blue pill allows you to live in blissful ignorance. Jordan B Peterson is the blue pill. He sees himself as a cultural lightning rod, absorbing the charged bolts of wokeism that is setting ablaze traditional values. In reality, he is just an embittered crank.”

Quite a critical assessment by the NBA legend. Accusing Peterson of trying to be a cultural lightning road is quite a valid point. We should wonder if the clinical psychologist will respond or let Kareem’s words stand undisputed.