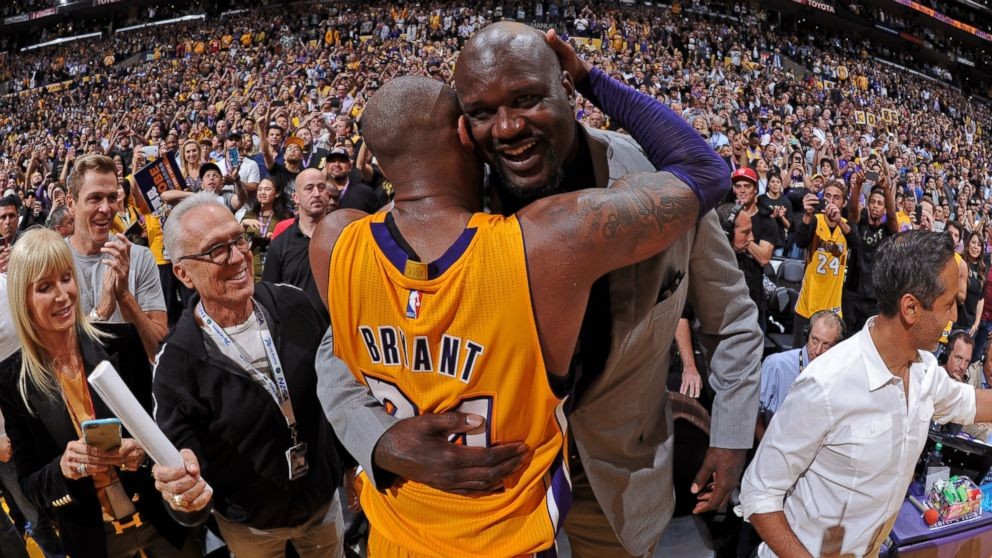 Shaq and Kobe Bryant were one of the greatest dynamic duos in the history of the NBA. They won 3 titles together and did it in a 3-peat. They played 8 seasons together and had some of the best playoff runs of All-Time. Even though they were the best 1-2 punch on the court, off the court they hated each other. That caused Shaq to be shipped from the West Coast, all the way to the East coast.

After leaving the Lakers, Shaq and Kobe made it a mission to have a better career than the other. But today, these two players had a relationship stronger than most families.

Kobe Bryant’s career is one that somewhat had a storybook ending. Not in the sense that the Lakers were winning and Kobe retired with his 6th NBA title. The Los Angeles Lakers were bad. Very bad. In the 2012 NBA season, the Los Angeles Lakers had a super team that was heavily disappointing. And right before the NBA playoffs, Kobe tore his Achilles.

After that season, Kobe never came back to the prime Kobe Bryant we all knew. And the word around the league became that the Lakers were not a good team for stars to join. It was the title they could not shake off for years.

Kobe Bryant was then surrounded by players who were truly awful and young players who took time to adjust to the league. Also, with age, Kobe became more injury-prone. In the 2013-14 season, he played 6 games and in the 2014-15 season he played just 35. In those 2 seasons, the Lakers never won more than 27 games.

During the 2015-16 season, Kobe decided that this would be his farewell season. Every match he played he was celebrated. Every away game he received a farewell video with a ton of standing ovations and applauds. However, LA won just 17 games that year. They were the worse team in the NBA. But nobody cared.

Kobe’s last game of the season and his career were against the Utah Jazz. It was the most anticipated and biggest game in recent Los Angeles history. The stadium was packed out with the biggest celebrities in attendance.

The stage was set. Usually, we do not see great farewell games because of the pressure that comes along with it. But Kobe Bryant is not one that shy’s away from that kind of pressure.

Shaq, a couple of days before his final game set forth a challenge.

Kobe shrugged that off with a laugh. But went on to score 60 points in a rare win against the Utah Jazz. Kobe played 42 minutes that night and shot 50 shots but lived up and exceeded all expectations laid on him.

Shaq later told former ESPN employee Rachel Nichols that he challenged Kobe to get 50 but that motherf***er gave him 60.

It was considered the very best final career game performance in NBA history and no one can take that away.