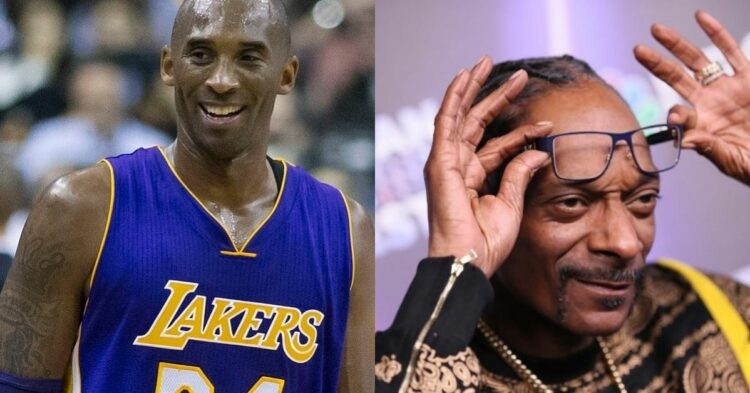 Kobe Bryant was one of the greatest NBA players. He won 5 championships with the Los Angeles Lakers. However, Kobe was much more than just a basketball player. Rapper, Snoop Dogg reveals intense advice shared by Kobe.

Snoop is quite a personality and engaged in a youtube show with Jake Paul. In it, they discussed Kobe at many levels.

An NBA athlete, especially a star, lives a life in the limelight. Therefore, we notice them on the court and admire their abilities. However, the player is much more than just that. He is a brother, a son, and a father. Kobe was an amazing father.

Kobe Bryant and Snoop Dogg were closer than we think

Kobe and Snoop were closer than an average rapper and NBA player. Snoop revealed so in his show. He spoke about an experience with Bryant.

” He came and he spent time with my family and my friends and he gave my son great information on business and life which I see him putting into effect now“.

Snoop may not be the best person to give business advice to anyone. Therefore, his son was perhaps fortunate for getting tips from Kobe on that field.

Kobe was also a father. This is why he was able to give Snoop’s son good advice. Kobe was very proud of his daughter Gianna Bryant. He used her as a guiding map to explain parenting to Snoop Dogg who explained it aptly.

“How he was talking to him about his daughter and the way he left us… His purpose was to be a girl’s dad and to translate his life into that which inspired him me us… all of us to be better fathers to our daughters“.

It is indeed sad that Kobe and Gianna passed away before proving that he was capable of raising her to be an adult. All we can do is hope their souls rest in peace and that his messages, especially the valuable ones, reach as many people as possible.