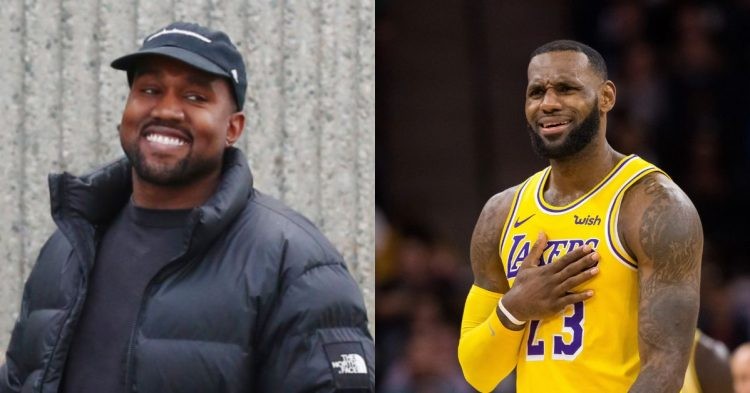 LeBron James and Kanye West are two global personalities. None of us assumed they had any connection or relationship that could be perceived as negative. However, Ye has faced quite a backlash of negative publicity from the NBA world.

The issue clearly has to do something with King James. He is still the face of the league entering Year 20. One should wonder what happened between these two and how the world is perceiving them.

Kanye WEST “facts song” was corny.. he tryna diss LeBron and Kd .. they with Nike

Name Dropping is a common trend amongst rappers nowadays. To those who don’t understand what it means, it refers to mentioning other high-profile people in one’s song. Almost every musician refers to someone popular in a few songs.

Those who are familiar with the world of music know that Drake and Kanye West both took shots at each other in their latest albums. Amusingly, they also took shots at the Los Angeles Lakers superstar. However, both have deleted the songs they drew references to the King in.

Drake’s deleted song “Life of the party” had the lyric, “I can’t stand it where there’s talks about putting the kids back in Sierra Canyon when daddy got his own school.”

Tell Kanye that LeBron and Kyrie are both Nike endorsed athletes with opposing views on certain things but are still allowed to give their opinions, so yes Kanye, if you were still with Nike, you’d be able to have an opinion.

This is a clear reference to the life of LeBron. He has two children, Bryce and Bronny currently enrolled in Sierra Canyon high school. Additionally, he is probably the only parent from the school rich enough to be the owner of another school.

Kanye West took things from another angle in his song “Facts.” He made references to Nike and the recent controversies surrounding it. Apparently, LeBron James was paid off by Nike to keep silent on their human rights violations in manufacturing and more back in China.

“Nike, Nike, treat your employees just like slaves. Give LeBron a billi’ not to run away yo.”

Never forget Kanye West called out Lebron James and Nike before it was cool pic.twitter.com/v6KOR97H3o

Ye seems to be completely buying into the theory that the Nike bribe is how LeBron James amassed his current net worth. He outdid Drake in a manner as he directly mentioned LeBron’s name in his song. But since both these songs were deleted, we do not know which one was better.