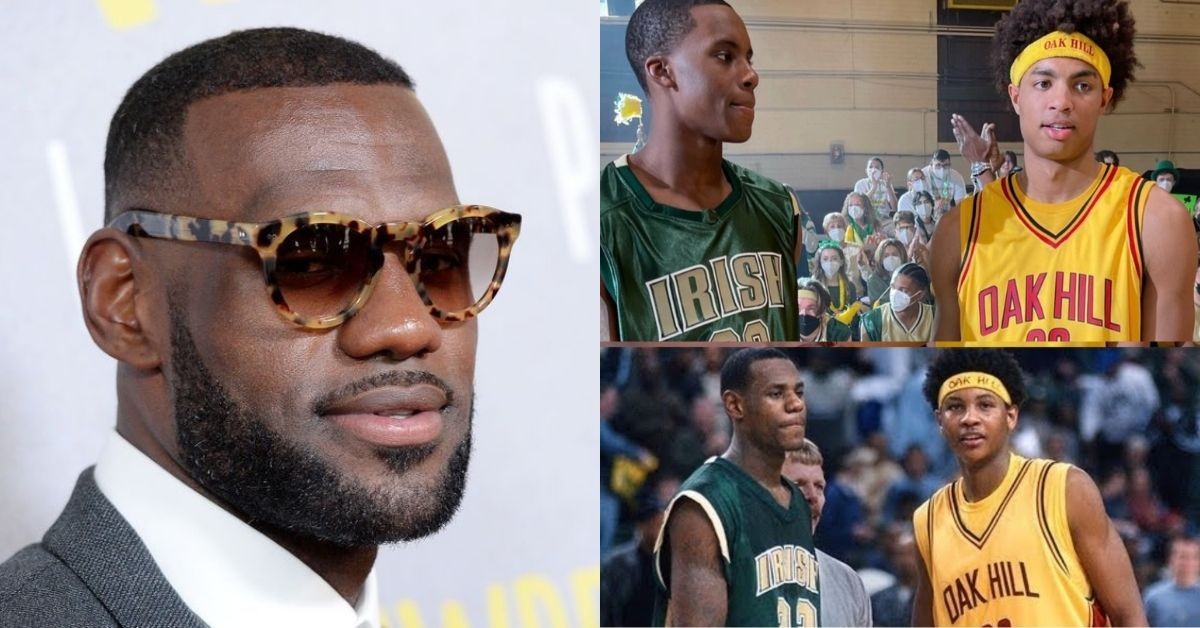 LeBron James is known for the basketball that he plays. He has won 4 championships in his career and multiple personal accolades. The countless All-Star selections, 4 MVP awards, and 4 Finals MVPs to top it all off. And he tops the scoring charts on the all-time lists. All of it contributes to his starry persona off the court, of which movies are a big part.

Over his 19-year career, he has played across Cleveland and Miami, and now he plies his trade in Los Angeles for the Lakers. The close proximity to Hollywood now certainly helps, but LeBron has always dabbled in movies. Or even in shorts, music videos, and TV series. Be it as a producer, actor, or even a writer.

He is listed as an actor in 24 such productions. Likewise, he has 53 credits as a producer on IMDb. But where all of it culminates as producer, actor, and writer is a most personal project, his own biopic.

Pre-production is underway on the LeBron James biopic

The biopic is titled and based on the 2009 book Shooting Stars by Buzz Bissinger and LeBron James. It is centered around LeBron’s life and his rise to stardom.

Production for the movie is reportedly underway. The first still of the movie is out, with Mookie Cook in the lead role as a young LeBron. Cook, who is eligible for the 2027 NBA Draft, is a long way from the NBA but his dreams of emulating his idol cannot get more real than this.

The complete list of the cast features multiple young prospects. Jett Howard, another star prospect, will play Carmelo Anthony. The movie will premiere in 2023 if all goes to plan.