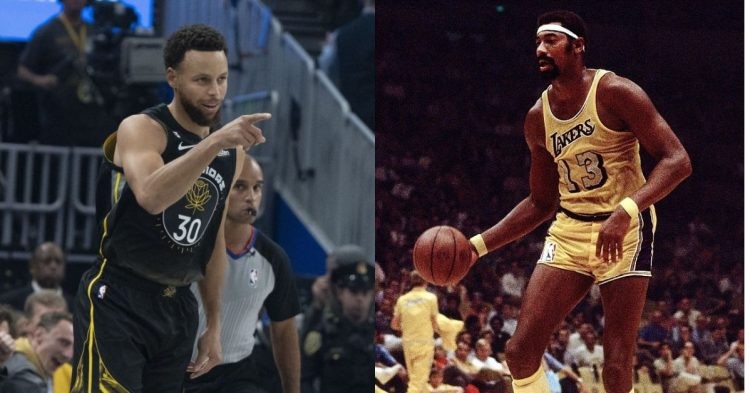 The NBA is a league where only a few superstars are able to truly dominate the game. If someone scored 50 points in a game, it would definitely be a feat of greatness. Stephen Curry of the Golden State Warriors managed to do just that against the Phoenix Suns.

This speaks to his unreal ability and skill. It would interest many people to know that Curry surpassed Kareem Abdul Jabbar for the most 50+ point games in the history of the NBA.

With that being said, we should wonder more about the context of this situation and who are the other NBA greats that stand on top of this leaderboard with the most “50 bombs” in league history.

Curry’s impressive scoring performance came in a loss to the Phoenix Suns. Nonetheless, it deserves its due credit as it puts him 9th on the all-time list. By doing so, he surpasses Kareem Abdul Jabbar, who had 10 NBA 50-point games.

Scoring 50 points 11 times in one’s career is no laughing matter. However, Stephen’s accomplishment pales compared to the numbers put up by some of the other players on the list. With that being said, here is a list of the top 10 players and how many 50+ points games they recorded.

We know that there are technically 11 players on this list. However, one should note that LeBron James is tied with Rick Barry for 14 NBA 50+ point games.

In any case, we can see that there is no one remotely close to Wilt Chamberlain. Therefore, this might just be one record that will remain unbroken forever. Michael Jordan is second on the list with 31 games. The active players still on the list are; James Harden, LeBron James, Damian Lillard, and Stephen Curry.

Quite good company for Steph to find himself in. Of course, he has won multiple NBA titles, unlike Harden and Lillard. We should decide what kinds of accolades matter how much and value our favorite players accordingly.