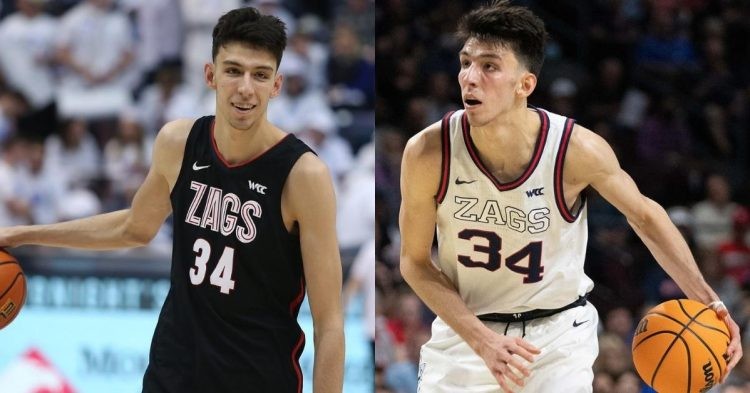 The NBA Draft just went by us and leading up to the draft there was a lot of buzz around Gonzaga’s Chet Holmgren. He stands tall at 7’0 but has a weaker frame as he only weighs about 195 pounds. There have been a lot of concerns about his physical prowess. People doubt that he’ll be able to handle the NBA’s physicality. However, so far Chet has ignored all the noise while continuing to dominate at the college level.

Chet Holmgren literally did it ALL in his debut with @ZagMBB 💪

During his first year at college, Chet averaged 14.1 points, 9.9 rebounds, and 3.7 blocks per game he did all of this while shooting 60% from the field and 39% from deep. What’s really special about him is his ability to defend, now that he’s here, the Thunder fans can definitely expect to see some improvements on the defensive end. He averaged 3.7 blocks during his first year which is insane for a 19-year-old.

Chet Holmgren can do it all, he can shoot threes, he can defend anyone from 1-5, at 7’0 finishing around the rim comes easy for him. A 7’0 forward who can score efficiently and make his own shot sounds a lot like someone we already know, doesn’t it?

He seems a lot like what Kevin Durant looked like when he first got to the league, his build is also similar to Giannis Antetokounmpo during his rookie year. Giannis eventually put on a lot of muscle, which Chet should look to do.

Many different mock drafts had Chet going number one to the Magic or number 2 to Oklahoma City Thunder. The Orlando Magic have been the NBA’s most irrelevant franchise for quite some time and an interesting prospect like Holmgren would’ve helped change that narrative. But they didn’t do too bad for themselves as they drafted Paolo Banchero with the #1 pick. On the other hand, The Oklahoma City Thunder picked up Chet Holmgren with the number 2 pick, possibly because of the similarities between him and former thunder superstar Kevin Durant.

It’ll be interesting to see how Chet Holmgren’s career plays out with the Thunder.