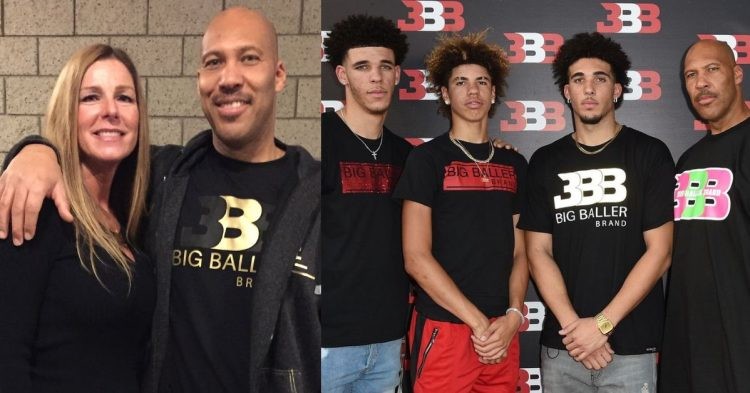 Lavar Ball as we all know is the father to the Ball brothers. Lonzo, Liangelo, and Lamelo Ball the four of them along with Lavar’s wife Tina Ball make up the Ball family. They first got famous when Lavar Ball said that back in the day he would absolutely destroy Michael Jordan in a one-on-one. Here is what Lamelo who plays for Jordan’s NBA team had to say about it.

“I don’t think it’s gonna happen. And I think we know how it would turn out, to be honest…but I mean that is my pops and my boss, so I’m on both sides now.”

Lavar is married to Tina Ball who is also a former basketball player. Tina Ball back in college was one of the best basketball players that her team the Cal State Los Angeles Golden Eagles had ever seen. Which would explain how all the Ball brothers are so good at basketball.

What disease does LaVar Ball’s wife have?

Back in February 2017, Tina Ball suffered a major stroke while at the same time dealing with Aphasia. This heavily impacted her day-to-day life. Doctors even went as far as to say that she might not survive but being the fighter that she is, Tina is still going strong to this day.

Breaking News: Tina Ball mother of Ball Brothers apparently suffered a stroke a while ago. Lavar would not let boys visit her. Stay tuned.

Both of them are proud parents and successful entrepreneurs who have built an empire out of their families. The fact that all three brothers Lonzo, Liangelo, and Lamelo have been associated with an NBA franchise at one point is impressive in and of itself.

People used to hate Lavar Ball when he ran his mouth about almost everything. But he literally spoke everything he said into existence. 2 of his 3 kids are NBA stars and Liangelo was a part of an NBA team just earlier this year.

Both he & his wife did everything they could to help all three of their kids reach their life-long goal: the NBA.

Big fan of a parent showing overwhelming love, support & confidence in their kids.

Throughout all of this Lavar has made himself quite a lot of money. He is believed to be worth around 4M$. As it turns out opening a fashion brand and using your talented kids to advertise it does pay off. Much like the name of his brand Lavar is a Big Baller and will be rich for the rest of his life.

And now that he has made stars out of his kids he can sit back and relax.