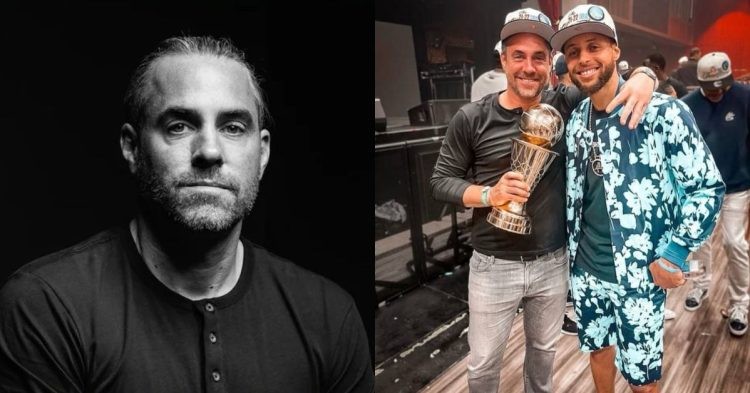 The NBA world has experienced plenty of drama in the last few months. One that has been catching fire very recently is the news of Rob McClanaghan. He has been one of the hottest topics in the league for a few days now. Rob is an NBA trainer who has worked with elite stars like LeBron James, Stephen Curry, and Kevin Durant. Earlier this year, he even posted an image with Steph, holding his Finals MVP trophy.

According to various reports, he played college basketball at Syracuse University early on in his career. He played from 1998 to 2001 as a guard for the team. After his career as a player ended, he got into coaching. He also coached the University of South Florida’s basketball team for a year.

“A good experience,” Rob mentioned 10 years ago in an interview. During this time, Rob worked closely with Joe Mazzulla, who the Boston Celtics named interim coach after firing Ime Udoka.

After that, Rob entered the marketing and management world, where he managed talents. However, he decided that he knack for training players, which he started doing professionally.

His training company is called, “Rob Mac Basketball”, which he started many years ago. He spoke about training NBA stars, “A lot of guys, started out working with me when they were very young, Derrick [Rose], or Russell [Westbrook] and Kevin [Durant], and really just built from there.”

Rob has also written a book called “The Net Work”. In the book, he lets the world in on some insight into KD, Steph, and Derrick’s training routines.

Why is Rob McClanaghan arrested?

Officials arrested him a few days ago in Rhode Island. The charges against him are based on his alleged crimes, which include drugging and raping a woman in Boston. Right now, McClanaghan is being held in custody without bail.

There haven’t been many developments in Rob’s case, since his lawyer declined to comment as well. If he is proven guilty, Rob’s reputation in the league will surely be damaged. He will never be able to train the big stars like he used to back in the day. Together with that, the stars would have to distance themselves from the coach as well.