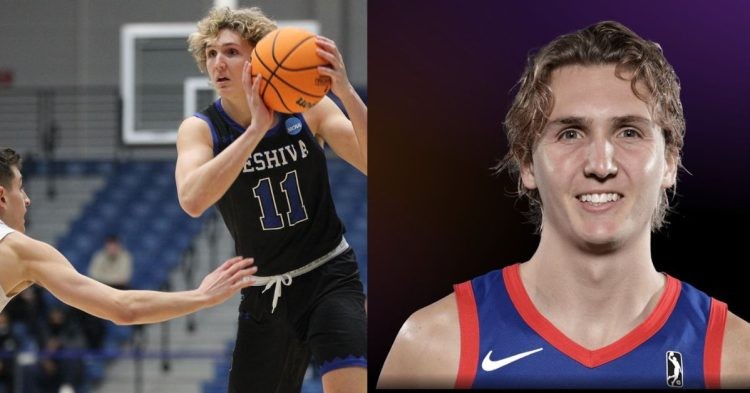 Ryan Turell made his professional debut after coming off the bench for the Motor City Cruise, the G-League affiliate of the Detroit Pistons. He sported the Jewish yarmulke with his team’s color and logo.

Turell’s dream of playing in the NBA did not come to fruition this year as he was undrafted during the NBA draft in June. However, his talent would not go unrecognized as the Motor City Cruise drafted him as the 27th overall pick in the minor league organization in October.

After his debut on Monday, he has officially become a part of an NBA franchise and is closer to achieving his dream.

What country is Ryan Turrell from?

Ryan Turell was born and raised in Valley Village, California, and is an American citizen.

During his final season at Yeshiva University, Turell became one of the hottest prospects, averaging 27 points per game, and became the NCAA’s leading scorer. He also helped his team attain a 50-game winning streak that helped them achieve top ranking in their division.

Turell’s undoubted potential was on display when he conquered all levels of basketball during his college years.

The Cruise has put their faith in Turell and Tom Digbeu, his fellow first-round pick, and hope that both players gain much-needed experience in the league before the Cruise can promote them to the NBA to play for the Detroit Pistons.

Turell’s debut saw him clear his first hurdle towards becoming an NBA star as he hopes to become a starter for the Cruise.

In an interview with ESPN in March, Turell stated, “Being the first Orthodox Jew in the NBA would mean the world to me, and a dream come true, God willing,”

“But, just as importantly, it would mean the world to others that never saw this as a possibility.”

Appearing in the G-League by no means guarantees he will make it to the NBA, but Turell hopes to make it through and play for the Detroit Pistons while representing the orthodox Jewish community.