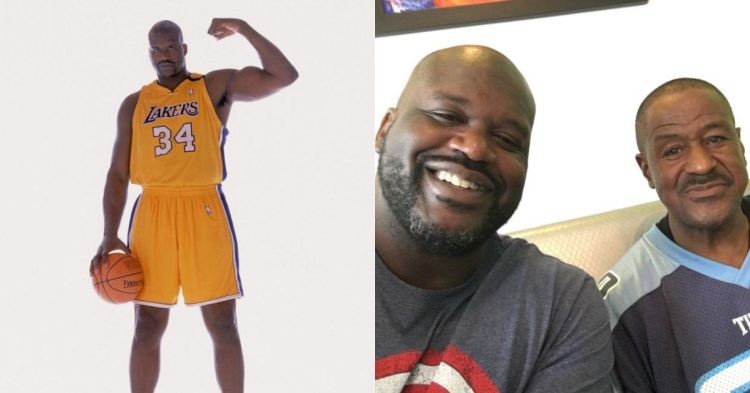 Shaquille O’Neal is probably the most dominant big man that we will ever get to see on an NBA court. He is one of the greatest of all time and no one can take that away from him. Before Dwight Howard was the best man in Orlando it was Shaq who was doing all the heavy lifting for that squad. And if it wasn’t for Shaq, Kobe wouldn’t be the legend that he is today.

The Big Diesel achieved all of this despite his tough upbringing. Shaq’s biological father Joseph Toney who is an ex-convict that served time for multiple felonies that involved drug charges and felonies related to the forging of checks was not a very big part of his childhood.

Shaq talks about his stepfather.. “I respect the guy that works hard from cheque to cheque and would do whatever it takes..”. His stepfather taught him about hardwork. He showed him. Not only talk.

His stepfather has produced the right kind of leader. ♥️ pic.twitter.com/HSkuYkf5Fi

In fact, he wanted nothing to do with Shaq and signed away all his parental rights. They all went to Shaq’s stepfather Phillipe Harrison. Apart from all of this Shaquille O’Neal’s real father did not even try and reconnect with his family after he was done serving 6 years in prison for the charges against him.

During this tough time, Shaq’s adoptive father Phillipe Harrison was like an angel sent from heaven. Let’s have a look at it who he is.

Who is the stepfather of Shaquille O’Neal?

Shaquille O’Neal may have been the child of Joseph Toney, but he had no part in his upbringing. Shaq was raised by Phillipe Harrison, who was an army sergeant. His presence in Shaq’s life was so massive that he actually had no idea that Harrison wasn’t his real father till he turned 11 years old. Harrison was a real man through and through. He made sure that Shaq had access to everything that he wanted growing up.

Apart from being an excellent father, he was also very protective of Shaq. He went on record to criticize Shaq’s biological father sometime after Shaq became famous around the world.

Shaq’s relationship with his real father may have started off shaky. But it has definitely started moving in a positive direction lately. This is what Shaq had to say when he was asked to comment on it. “My job is to just love him as much as I can now” and that is exactly what he has been doing all these years.