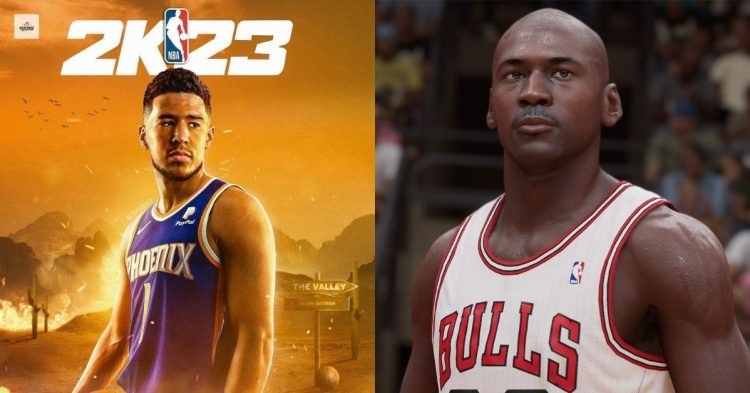 As the trend usually goes, the player who performs the best in the previous season ends up having the highest rating in NBA 2K the very next year. Today, we will look at the highest-rated NBA players throughout all the games.

The best NBA 2K players throughout the years

Back during the 2000s when Allen Iverson was tearing the league up he was featured as the cover athlete for the 2K games for a few years. His excellent play on the court made him the highest-rated player in NBA 2K with a rating of 97.

Iverson was eventually dethroned by Kevin Garnett when he was rated 99 in 2K1. Then, something special happened after Shaq and the Lakers completed their Threepeat. Shaq became the highest-rated player in the game’s history with a rating of 100 in NBA 2K2.

Shaq is the only player in 2K history to have a 100 overall rating, and he had that in NBA 2K2 pic.twitter.com/Jjt1Xy2HgX

Since then no one has ever received a rating of 100 in the 2K games. But, Shaq’s reign came to an end when ESPN basketball came out in place of NBA 2K4. Tim Duncan was the best player in the game with a 99 overall.

Then came an era where there were multiple players who shared the highest ratings during this time Tim Duncan, LeBron, Kobe Bryant, Dwayne Wade, and Kevin Garnett shared the 2K crown up till 2K11. All of these players became the highest-rated players with overalls of 97,98, and 99.

LeBron James has been a 94+ overall
in every 2K since NBA 2K6
The longevity is crazy 🤯 pic.twitter.com/0v0Kf4C1se

But, then we saw one player dominate the top by becoming the highest-rated player for almost an entire decade. LeBron James had the highest overall in the 2K games from 2K12 to 2K19. Eventually, he had to share the crown in 2K20 after Kawhi led the Raptors to a championship in 2019. LeBron, Giannis, KD, and Steph were caught in a four-way tie for the best player in NBA 2K22. All of them were 96 overalls in the game.

Who will be the highest-rated player in NBA 2K23?

Now, that 2K23 is almost here we believe that the clear choice for the best player in the game should be Stephen Curry. After everything he achieved last season, he should get the highest overall in the game. The other players who shared the 2K crown with Curry in 2K22 should not be rated the same as him, simply because of the difference in their achievements last season. But, since this year’s 2K is supposed to be the Michael Jordan edition we might just see him becoming the player with the highest rating.

Well, this is something we will have to see for ourselves when the game comes out on 9th September 2022.