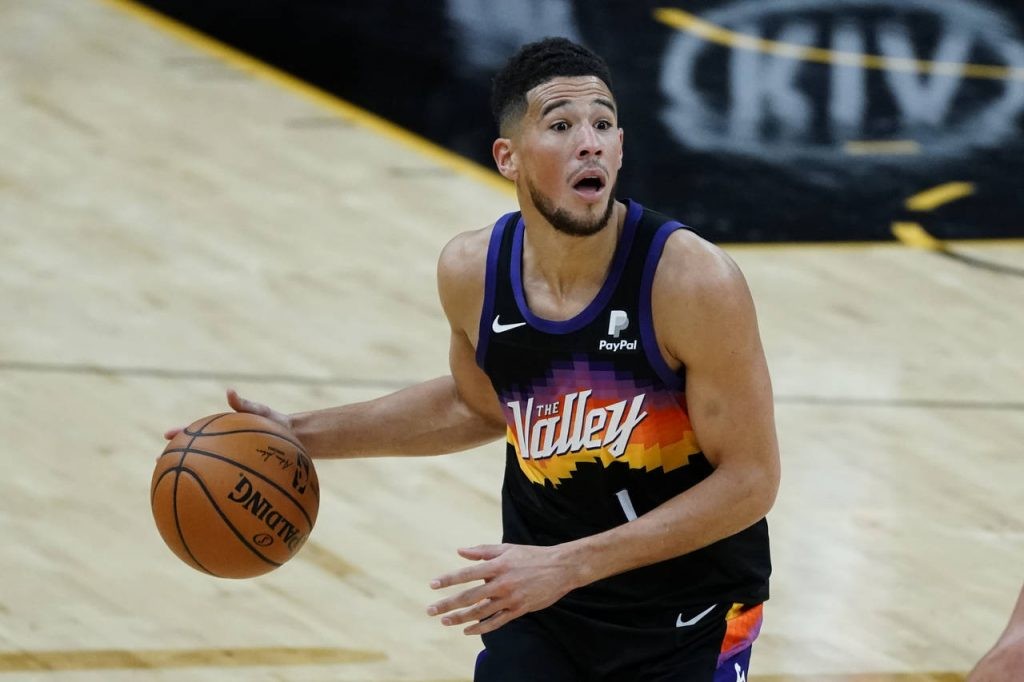 The Phoenix Suns, dubbed The Valley in their jerseys, have gone through significant changes in recent times. Coach Monty Williams, NBA Veteran Chris Paul, and All-star Devin Booker carried the organization to the finals last season. Additionally, they did so in Booker’s first postseason of his career.

Their way to the finals was filled with injured teams. But they redeemed themselves this season. With Booker out, they have a 3-2 lead over New Orleans Pelicans in the first round. Their championship aspirations are clearly hindered but if they manage to stay afloat till Booker’s return the league is in serious danger.

The Suns have a city edition jersey, in black with the caption “the valley”. This has garnered certain interest as to the origin of the caption and the thought process behind it.

What does “The Valley” represent for the Phoenix Suns?

The NBA jersey that the Suns represent is arguably one of the best jerseys of any team in the league. However, there is a poignant significance behind its origin “The Valley” refers to the collective diversity and unity of the people of Phoenix. Much like a valley where two mountains meet, the people of different communities come together in the city. When asked about the source of inspiration, the management responded with ” it proudly embraces the swagger embodied by the fans and their everlasting passion for their team, their community, and their culture”.

Essentially,  The NBA Jersey represented a new beginning in the Phoenix Suns franchise. The Mountainscape seen is Camelback Moutain, A place close to the Suns’ practice facility. The rising sun is considered to represent the Arizona Sunrise and Sunset. Additionally, The Phoenix Suns team name is inscribed on the bottom of the jersey’s trousers. This represents the Sun’s organization’s commitment to the city.

Deandre Ayton and the Phoenix Suns referred to themselves as the “Valley Boyz”. This might seem childish and pointless. However, it allows for the Suns to bear some form of individuality and uniqueness. They will now showcase these jerseys in the playoffs this season.