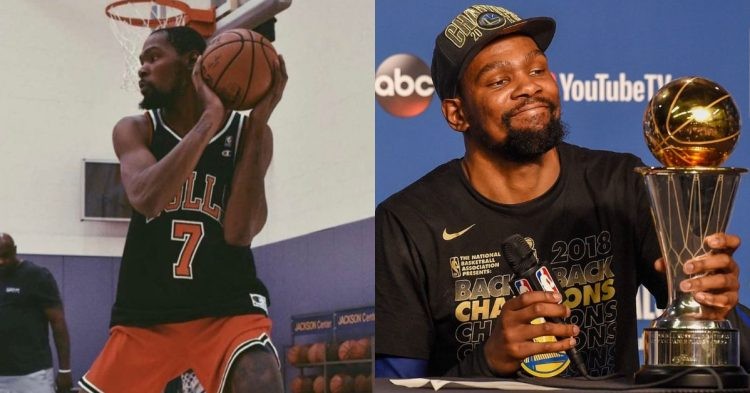 Kevin Durant has been a hot topic of debate around the NBA after he requested to be traded from the Brooklyn Nets. This isn’t the first time that KD has been the topic of debate during free agency. Back in 2019, Durant left the Warriors after 2 of the most dominant Championship runs in Playoff history.

Kevin Durant left the Warriors and in 3 years with the Nets won one playoff series in Brooklyn. Brutal.

Over the years fans have been questioning this move. If the Warriors were so great then why did Kevin Durant leave? Why would Kevin Durant not wanna play with a core of Draymond Green, Stephen Curry, and Klay Thompson? Well, today we will shed some light on this subject.

KD might’ve done amazing things with Stephen Curry and the Warriors. But, despite all the success that this team had together Durant never really felt like he was a part of the culture there.

“As time went on, I started to realize I’m just different from the rest of the guys. It’s not a bad thing. Just my circumstances and how I came up in the league. And on top of that, the media always looked at it like KD and the Warriors. So it’s like nobody could give a full acceptance of me there,” this is what Durant said during an interview that was conducted after he departed from the Warriors.

Kevin Durant and Draymond Green get into an argument at the end of regulation against the Clippers last night. pic.twitter.com/wG7ILKYWou

Now, while this may be his reason for leaving the Warriors it doesn’t tell the whole story. During Durant’s last season with the Warriors, Draymond Green and KD butted heads on the court and got into a heated argument. Allegedly Green told KD that he was a b*tch and that the Warriors didn’t need him. Shortly after this Draymond was suspended for conduct detrimental to the team.

So, while KD not feeling accepted could have been the reason behind his departure, no one can deny that the friction between him and Draymond post-2018 played a huge part in it.

But, none of that matters to the Warriors since it all worked out for the better. After Durant’s departure in 2019, the Warriors failed to even make the playoffs for 2 years, then 3 years after KD left the Warriors proved everyone wrong and won their 4th Title in 8 years after defeating the Celtics in the 2022 NBA Finals.