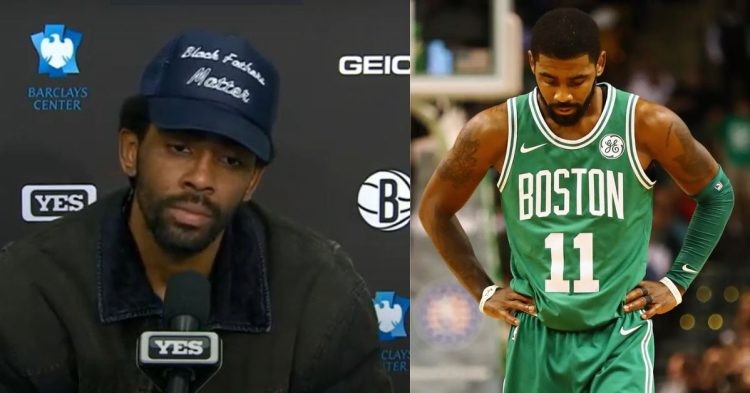 Kyrie Irving with the Boston Celtics and being interviewed (Credit: Twitter)

Not many of us know why Kyrie Irving decided to leave the Brooklyn Nets. After all, they have proven themselves to be a very competent team in recent times. Led by Jayson Tatum and Jaylen Brown, they managed to make the 2022 NBA Finals. Moreover, they currently hold the best record in the entire NBA this season.

In order to understand why Kyrie decided to leave the Celtics and play for the Nets, we need to understand the context of it all and gauge his mindset. He was called a traitor and despised by Boston Celtics fans after leaving. It is completely possible that Irving had several legitimate reasons to leave Boston. Therefore, we need to take a thorough look at past events.

It turns out that Kyrie’s decision to join Kevin Durant and the Brooklyn Nets had a lot to do with the passing of his grandfather. NBA fans might already know that Irving lost his mother at a young age. As a result, he would certainly be closer to his remaining living relatives. This is just the way human beings are and we shouldn’t blame Irving for making this decision.

He was considered a toxic personality in the locker room. Moreover, not many people even knew that his grandfather died. The Nets star revealed how this tragedy led to him deciding to take his talents to the Brooklyn Nets.

“After he passed, basketball was the last thing on my mind. A lot of basketball and the joy I had from it was sucked away from me. There was a facial expression that I carried around with me throughout the year. Didn’t allow anyone to get close to me in that instance, and it really bothered me.”

This certainly explains why the media began spinning a narrative that Kyrie was toxic to the Boston Celtics. Those events all led him to move to the Brooklyn Nets. This made sense to him, considering that his family is from New Jersey. Therefore, he would be able to stay closer to the rest of them.
Tags: Boston CelticsBrooklyn NetsKyrie IrvingNBA
Previous Post 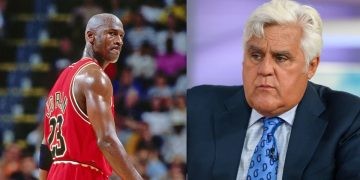