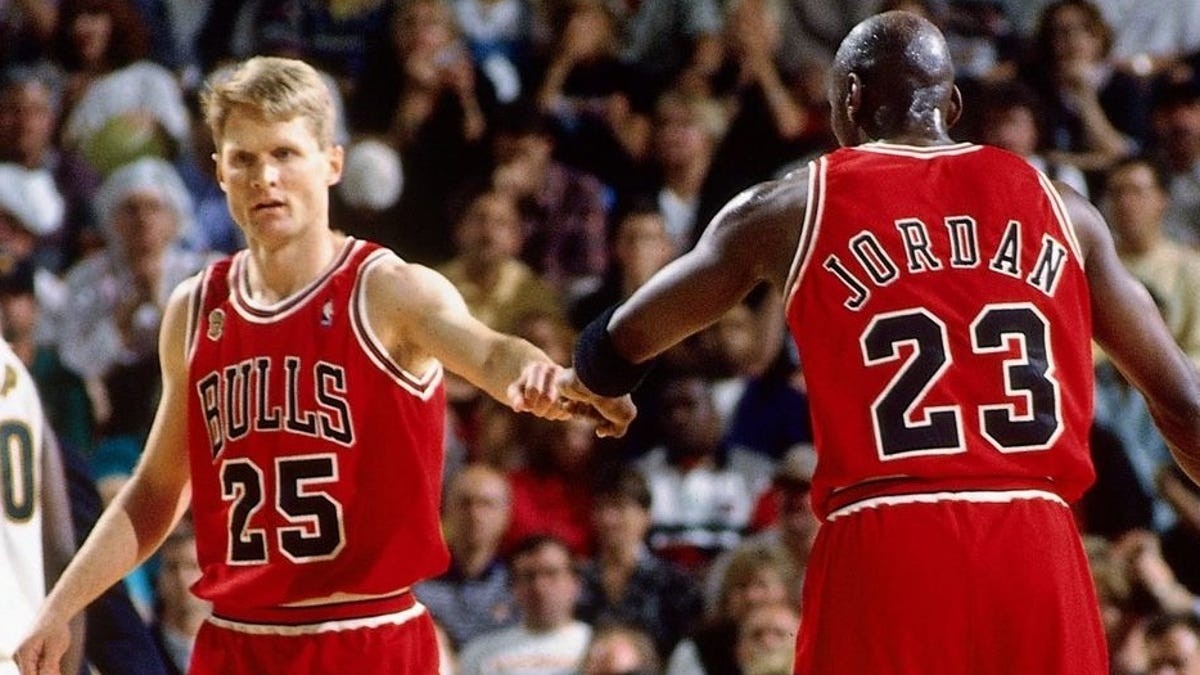 Arguably the greatest player of all time, Michael Jordan, was not easy to deal with as a teammate. Several stories of Jordan being hard on younger players broke out towards the end of his career. After the release of Chicago Bulls‘ 1998 championship documentary “The Last Dance” Scottie Pippen revealed some of the differences he had with the GOAT. However, the most outrageous locker room story from the Bulls of that era remains to be the incident where Jodan punched Steve Kerr. 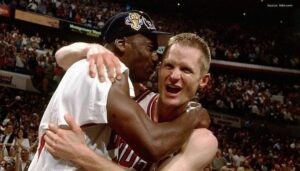 What went down between Steve Kerr and Michael Jordan?

In 1995 during Bulls’ training camp this incident occurred. Steve Kerr and Michael Jordan were in opposing teams. Additionally, Kerr was assigned to defend Michael Jordan. The matchup got intense and Jordan began trash-talking Steve Kerr. Kerr decided to give it back to Jordan. Yes, he indeed gave him back, which was unheard of in those days. This surely was the first time when someone had done this.

Furthermore, Kerr even started doing small and niggling fouls on Jordan. Things then started to heat up. Despite having a diminutive figure in front of Michael, Steve then began giving an elbow when trash talking didn’t stop. After a couple of forearms, shivers were exchanged, Jordan said he had enough and threw a punch at him. This was all shared by Steve Kerr.

A few days after Steve shared this anecdote, we got to know Michael’s side on this.

I know I am wrong. I messed up. In the showers I am reconciling with myself. I had just beatup one the smallest guys on the court. In the car I decide to call United Center and get Steve’s number. I called him and patched up things with him. I apologized and said he had nothing to do with it and it all his fault.

Later, in the same interview, Kerr said that “This punch transformed everything in their relationship. The way I stood up to him and the way I responded to him, I earned his respect. Michael had different ways of testing out people and I definitely had passed this test. Jordan also responded similarly:

He earned my respect because he wasn’t willing to back down to be a pawn in this whole process.

This incident forged their relationship. “From thereon our chemistry and admiration for each other just grew manifold. Our trust in each other just heightened. It was like ‘All right, we got that out of the way, we’re going to war together.'” Kerr said. This was so poetic that they went on to win three NBA championships together. The poetry just flew when Jordan asked Kerr to take the final shot for the championship in 1997.