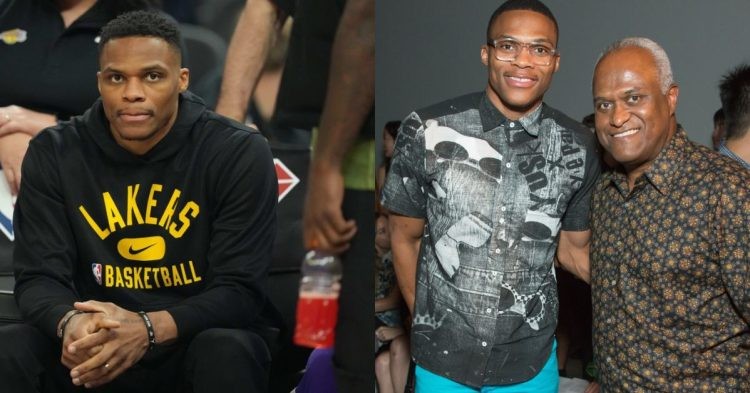 One must wonder whether this was a reason why they decided to part ways. The intricacies and dynamics between an agent and his client athlete are quite complicated to understand. Nevertheless, it is important to know why Westbrook fired his agent. Or whether Foucher quit.

Russ was subject to an immense amount of criticism for his play this year. He was the only star on the Lakers who was not injured and almost played the entire season. Additionally, Westbrook averaged 18 points 7 rebounds, and 7 assists this year. However, his clumsy turnovers and bad shot selection led to him being torn apart by both the  Laker fans and the media. Foucher revealed why he thought Westbrook opting out is a good idea.

“The Market place is telling the Lakers they must add additional value with Russellin any trade scenario. And even then, such a trade may require Russell to immediately move on from the new team via buyout.”

It is inexcusable to play bad basketball. One could argue that he should have done more. After all, he had LeBron or AD with him. Russ averaged solid stats for a veteran in the league. However, he also led everyone in turnovers this season. Therefore, perhaps he was most responsible for the bad performance of his team.

Thad Foucher is Westbrook’s personal agent. Therefore, his agenda is to protect his client at any cost. It was revealed that he did not want Russ to play this season. He explained that the Lakers would want Russ to play this final year in an attempt to increase his market value. That way a trade midway through the season is not out of the picture.

“Unfortunately irreconcilable differences exist as to his best pathway forward, and we are no longer working together. I wish Russel and his family the very best”.

Russell Westbrook is parting ways with his agent Thad Foucher of Wasserman after 14 years together, per @wojespn

Foucher cited “irreconcilable differences” between the two, in addition to not having “full alignment” on Russ remaining with the Lakers through his contract year pic.twitter.com/rGh47YWeYc

Based on the style of the message, one could deduce that Russ wanted to play and Foucher wanted him to sit out. However, the Lakers were clearly trying to get their money’s worth and Brodie knows he might not be given a fresh contract with his hometown team.