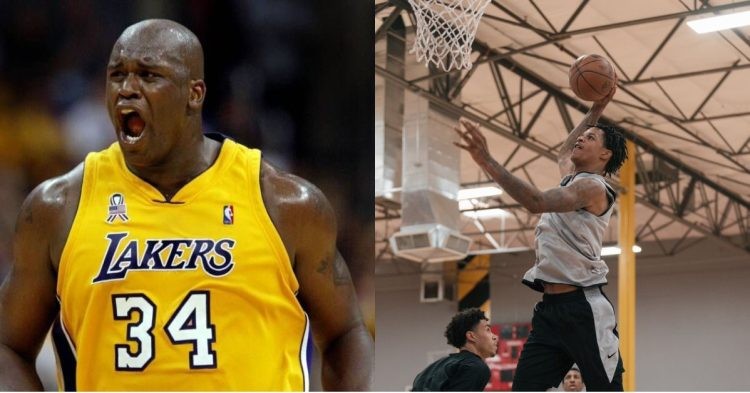 Shaquille O’Neal is for sure a legend of the game, he was best known for his sheer physical dominance in the paint. The Diesel won 4 championships throughout his career, 3 with Kobe Bryant and the Lakers, and one with Dwade and the Miami Heat. Even after retiring from the NBA, he is still an active part of the basketball world.

Apart from being big on the court, Shaq is also big on family. He has 8 children and Shaq has made a habit of giving his children Arabic names. There’s a very interesting story behind the same.

“So my mother was walking downtown Newark and she ran across a brother that had a book of names, and in the book of names, she’d picked my name. I said she killed this little one in my middle name rush on this water. So my mom was like no matter what happens you’re gonna be my little warrior so my name was an Arabic name.” He then went on to say that all his kids have Arabic names due to the same reason. Exactly why his oldest son Shareef O’Neal has the name that he does.

Shareef O’Neal is signing a six-figure contract with the G League Ignite, per @ShamsCharania pic.twitter.com/wxUuLpy094

Shareef O’Neal has also followed in his father’s footsteps. After signing with the Laker’s summer league team he went on to sign with the G League Ignite team. He has his dad’s height and has personally been trained by him for years. If Shareef can prove himself in the G League the possibilities for him will be endless.

Despite being Shaquille O’Neal’s son Shareef has seen his fair share of struggle. The future looked bright for him when he first signed for UCLA, Shareef was all set to be a lottery-round pick but his college basketball career took a heavy blow when he underwent heart surgery back in 2018. The kid has a lot of fight in him and has constantly been fighting for a spot on an NBA roster. It’ll be interesting to see how his career unfolds.
Tags: Los Angeles LakersShaquille O'Neal
Previous Post