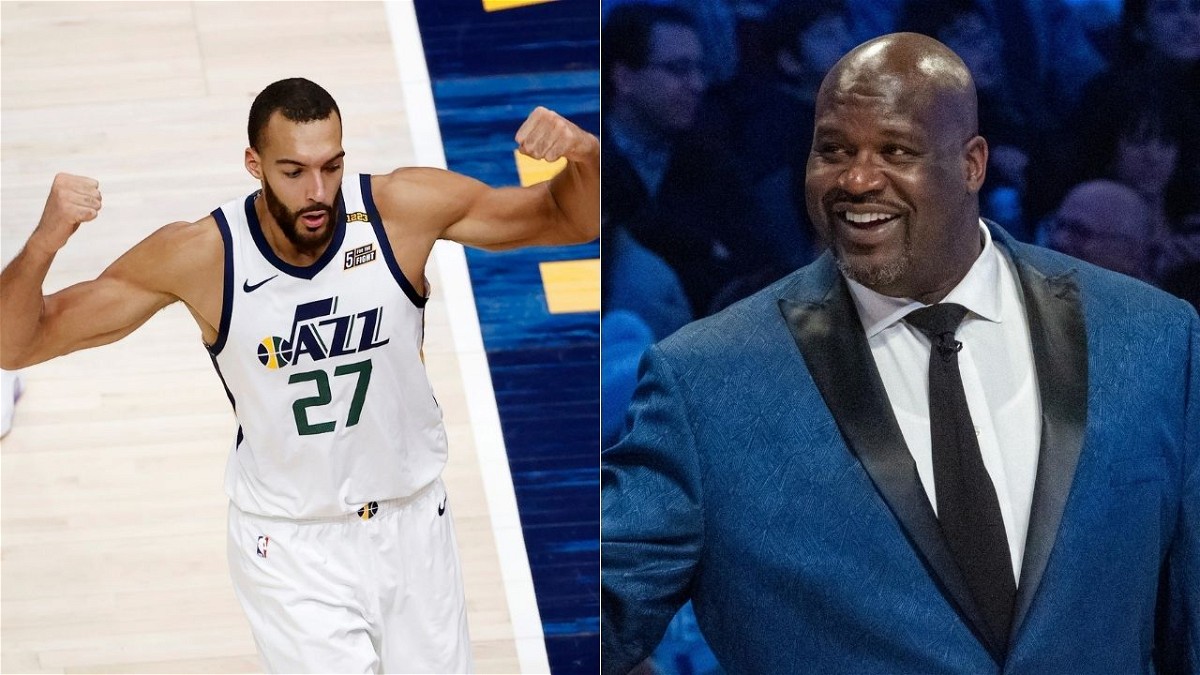 Four-time NBA Champion Shaquille O’Neal has been flooding social media with Rudy Gobert over the past few days. While it looks rather out of character for Shaq to take shots at a current NBA player, there is a strange reason behind all this. He went from nasty public statements to embarrassing edits on Instagram despite Rudy Gobert’s call for a truce.

This one-sided social media slander began when Shaq found out Rudy Gobert was offered a $205 million contract extension during the offseason. This is the largest contract for a center in the history of the NBA. While it can be concluded that this 1999-2000 NBA MVP is salty about the contract extension, there’s more to the story.

On the All Things Covered podcast recently, Shaq expressed his displeasure regarding the underserved contract extension that Rudy Gobert was offered.

“I’m not gonna hate, but this should be an inspiration to all the little kids out there. You average 11 points in the NBA, you can get 200 million.”

His apprehensions are not entirely baseless. Rudy Gobert’s career averages pointed out are true, however, his offense has improved considerably over the last two seasons. In addition, this two-time defensive player of the year is a valuable asset to the Utah Jazz when paired with emerging All-Star shooting guard Donovan Mitchell.

Although Shaq was not the only NBA player to question this supermax contract extension, he went out of his way to criticize it. He didn’t hold back from name-calling and unfair comparisons between himself and Gobert. He went as far as to post a fan-made edit on his official Instagram page with a degrading caption.

It is not new for Shaq to go after NBA centers playing currently. In the past, Shaq has trolled Javale McGee, Al Horford, and Dwight Howard as well. With Javale McGee, the situation escalated to physical threats until Shaq’s mother intervened. However, this time Rudy Gobert took the high ground and did not pay heed to O’Neal’s derogatory remarks.

Whether Shaq is doing this for fun or not, Rudy Gobert is certainly not taking it to heart. On the Instagram edit, Gobert commented “I guess we’ll never know” with laughing emoji when Shaq insinuated he’d average 45 points in the current era outscoring Gobert by a good margin.  Although Rudy took to Twitter to clarify that there was no beef, he makes clear no one can discredit his hard work.

“There is no beef If people want to keep speaking negatively about me or keep disrespecting what I do, it’s on them and all that does is show who they are. I will always be happy for my brother beating the odds. And I’m going to keep beating the odds.”

Despite Rudy denying any beef, Shaq yet again slandered him on NBA on TNT. He went into an extensive debate with Charles Barkley who was complimenting Gobert either to instigate Shaquille O’Neal out of genuine praise.

This debacle only downplays Shaq’s sportsmanship in the long run. He appears as if he is incapable of appreciating young talent for fear of being dethroned as one of the greatest centers in NBA history. Although this three-time finals MVP should not be insecure about his position, his actions prove otherwise.