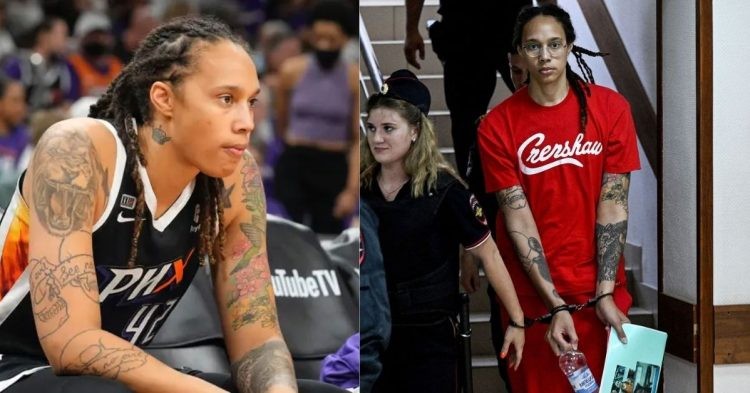 Brittney Griner is one of the most famous and recognized WNBA players. She is 31 years old and is listed at 6’9. Additionally, she is also a 7X WNBA all-star and has spent her career with the Phoenix Mercury. Griner’s name has been in the media spotlight due to her arrest and imprisonment in Russia on February 17th.

One must wonder what charges she has been arrested under, how much truth there is to them, and what has happened so far. She is a popular personality and several athletes have spoken up on the issue. Therefore, it is important to know the whole story.

Athletes have never been considered particularly intellectual. However, what happened to Brittney should be considered nothing short of plain stupid. She was arrested for attempting to transport cannabis oil vape cartridges in her luggage. This is a serious crime in Russia. Therefore, she could spend up to 10 years in prison.

Recent reports from Russia show that she is pleading guilty to the charge of drug possession. However, she denies intent. Her claim is that it was an accident. She stated that it happened due to her “rush packing“.

Russia is a no-nonsense country when it comes to crimes like this. Therefore, all her attempts to gain sympathy and support from the public have failed. Her arrest has had reactions from several people. Her wife Cherelle Griner has been very troubled about this ordeal. She released an emotional statement when asked how Brittney was doing and whether she knew at all.

“Exactly… I don’t truly know. I’m in a position of complete vulnerability right now I have to trust people I didn’t even know until February 17th. So I’m trusting her lawyers to tell me when they go see her… but the truth of the matter is since I haven’t heard her voice myself I don’t know.”

Several other people including LeBron James also sent out tweets voicing their support for Brittney and their desire to see her return home soon. However, all of these thoughts and wishes seem to fall on deaf ears as none of these people have control over the Russian legal system.

We need to come together and help do whatever we possibly can to bring BG home quickly and safely!! 🙏🏾 Our voice as athletes is stronger together. @uninterrupted 👑 #WeAreBG pic.twitter.com/2GWV3Ff81p

Grinner even sent a letter to the Whitehouse in an appeal to save her. Therefore, there are reports suggesting the United States may consider sending a Russian prisoner back in return for Griner. However, nothing is certain and her future is at stake.