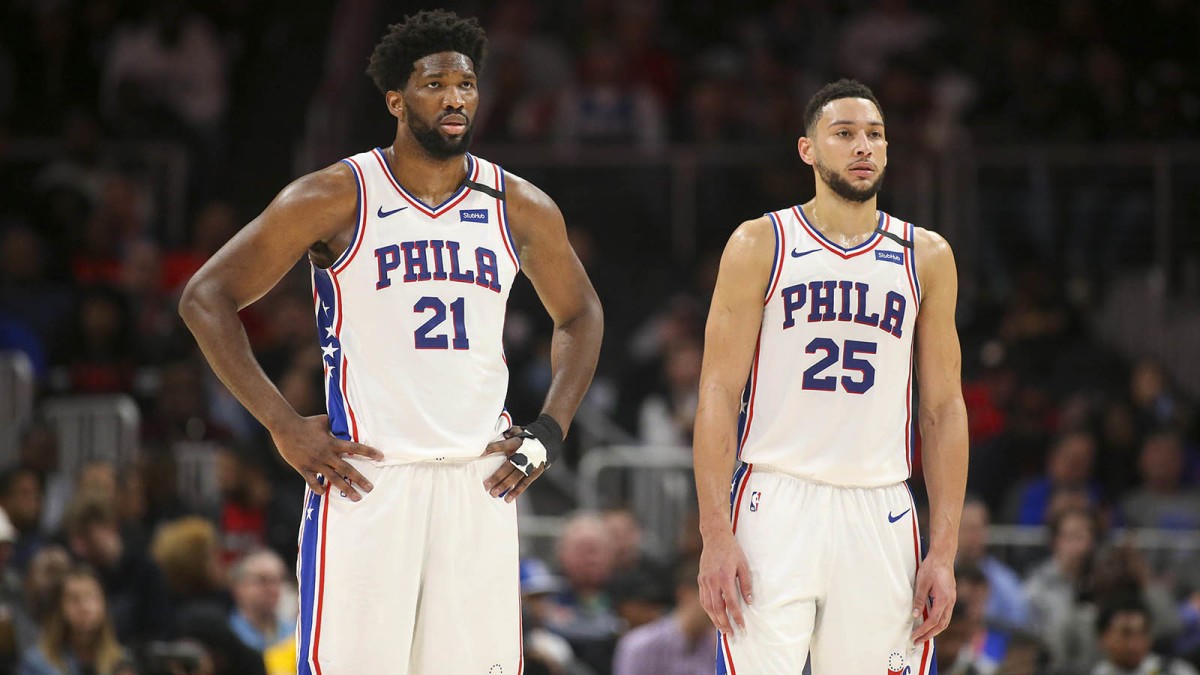 After an extremely disappointing end to their postseason, there were reports that Sixers stars Joel Embiid and Ben Simmons had a falling out. Especially after an abysmal display by Ben Simmons, there was a serious question mark over his future with the Sixers. The narrative of Embiid and Simmons can’t play together was formed and since then, it has only escalated.

There was a lot of evidence to go with the narrative. Their past playoff runs had been unsuccessful despite being one of the top teams coming out of the East. Both Embiid and Simmons individually have been brilliant and have also contended for individual accolades during the regular season.

Sixer’s coach Doc Rivers had said previously that the two of them gel together quite well. He said, “I think it’s been great. The first thing that I found is whatever the portrayal was, I didn’t put a lot into it, because I wanted to see what the relationship was and I would say the more pleasant surprise when I first got in here, I realized that there was no problem at all.”

Although, the comments Embiid made post Game 7 of the Eastern Conference semifinals did not help with burying the narrative. Embiid had commented on a play that he thought was the ‘turning point’.

Presumably, this is the play he was talking about.

Ben Simmons did not just pass this up… pic.twitter.com/4JyM7ZHNkJ

Also Read: “So Grateful For Everything”- JJ Reddick Announces Retirement From NBA

More recently, USA Today’s Jeff Zilgitt reported that the “Simmons-Embiid rift had been escalating”. After this report, Embiid took it upon himself to slam the media and shut down the discourse. Through a series of Tweets, he firmly responded to the report.

Sources “Trust me bro”!! Stop using my name to push people’s agendas. I love and hate drama. I love playing with Ben. Stats don’t lie. He’s an amazing player and we all didn’t get the job done. It’s on me personally. I hope everyone is back cuz we know we’re good enough to win https://t.co/1kq9VI9byE

He went ahead and shamed the media for making stuff up.

From my own experience, y’all have no idea how much this media makes up stuff for followers and shame on you for believing them.

I haven’t forgotten but 2 years ago, I got booed, people in Philly wanted me to be traded. I even shushed them. Only the real ones didn’t but I just put the work in that offseason to be better cuz I knew I wasn’t playing up to my potential. Philly fans, y’all also gotta be better

Embiid also made a just point about how the mentality of players differs and while he appreciated the criticism as it makes him work harder, it may not affect the other players similarly.

For clarity, I love the criticism, I love when I’m told I can’t do something. It makes me work harder to prove everyone wrong but not everyone is built like that.

Sticking to the matter at hand, the situation went from bad to worse when there were reports about Simmons not wanting to play for the Sixers anymore. Reports suggested that Simmons refuses to join the training camp next week and intends to never show up to play another game in the Sixers’ jersey.

The Sixers front office have been reviewing trade offers for Simmons since the end of their playoffs run back in June. This leaves us wondering if we will see Simmons and Embiid reunite for the 76ers in the coming season. Let us know what you think in the comment section.