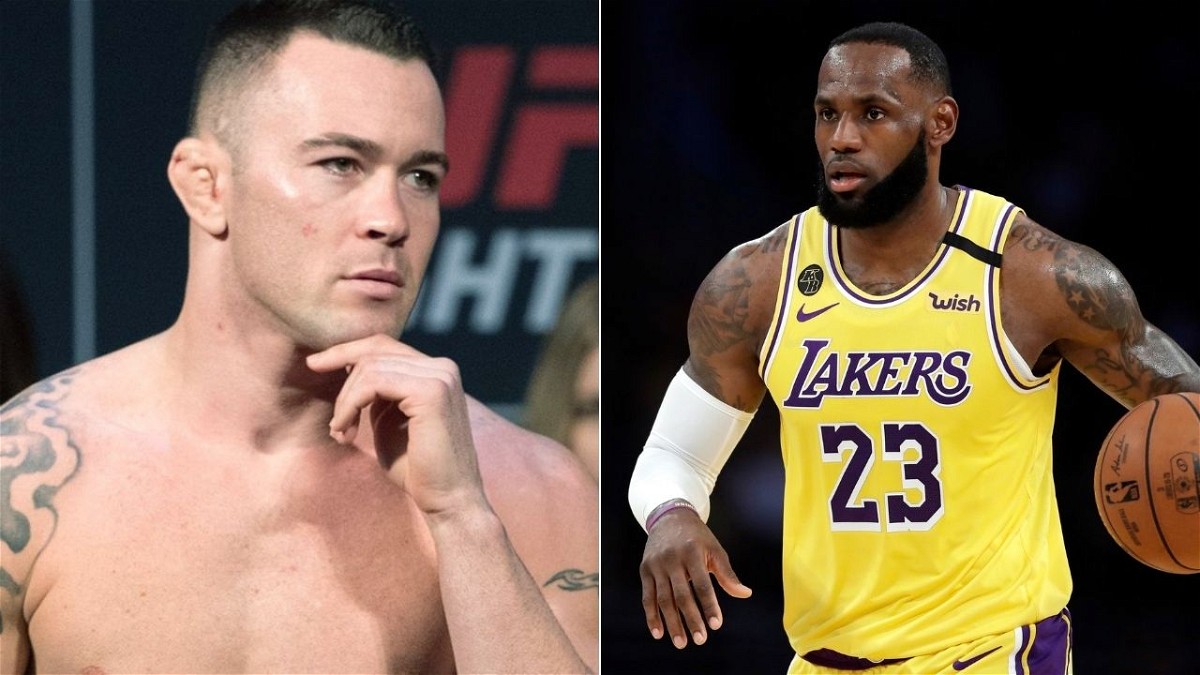 UFC 272 is just hours away. And the blockbuster main event matchup between Jorge Masvidal and Colby Covington is a much-anticipated one for every MMA fan. UFC 272 will be held in the T-Mobile Arena in Paradise, Nevada. And just a 4 hour’s drive away is the home of the latest victim of Covington’s press conference, LeBron James.

But maybe LeBron James is not such a recent victim of Colby Covington’s. Before we look at Colby’s most recent comments, let’s delve into the history between the two athletes.

It all started back at UFC Fight Night 178, where Colby Covington dominated and won against former champion Tyrone Woodley. Covington sparked controversy in his post-fight interview by discussing Joe Biden.

“I’m sick of these woke athletes, these spineless cowards like LeBron James.”

In the wake of the Black Lives Matter movement, the noted Trump-supporter, Covington went on to call out the movement and the athletes that supported it. He targeted LeBron James specifically.

Lakers’ LeBron James on critics: “Anybody can talk from outside but if they got into the ring or got into the arena, probably 10 times out of 10, they’d s—- their pants.” pic.twitter.com/QjhIoKomyV

LeBron held his own and only hinted at Covington in a subsequent response.

As is customary, a ceremonial weigh-in was held prior to UFC 272. And Colby Covington used his interview after his weigh-in to thank the first responders of America again. And again there was a catch to his ‘show of gratitude’.

Speaking to Joe Rogan, Covington began to thank some select entities, “And lastly before I go, I want to send a big thank you to all the real heroes and celebrities in this country…”

However, the gracious beginning took a quick turn, and yet again, LeBron James was in the line of fire from Colby Covington.

“…not that woke, spineless coward like LeBron James. I am talking about our heroes, law enforcement, military, our first responders! God bless you! God bless America! I’ll see you tomorrow night!”

This is yet another bizarre attack from Colby Covington against LeBron James. And it will be interesting to see if LeBron James chooses to respond more directly this time around.