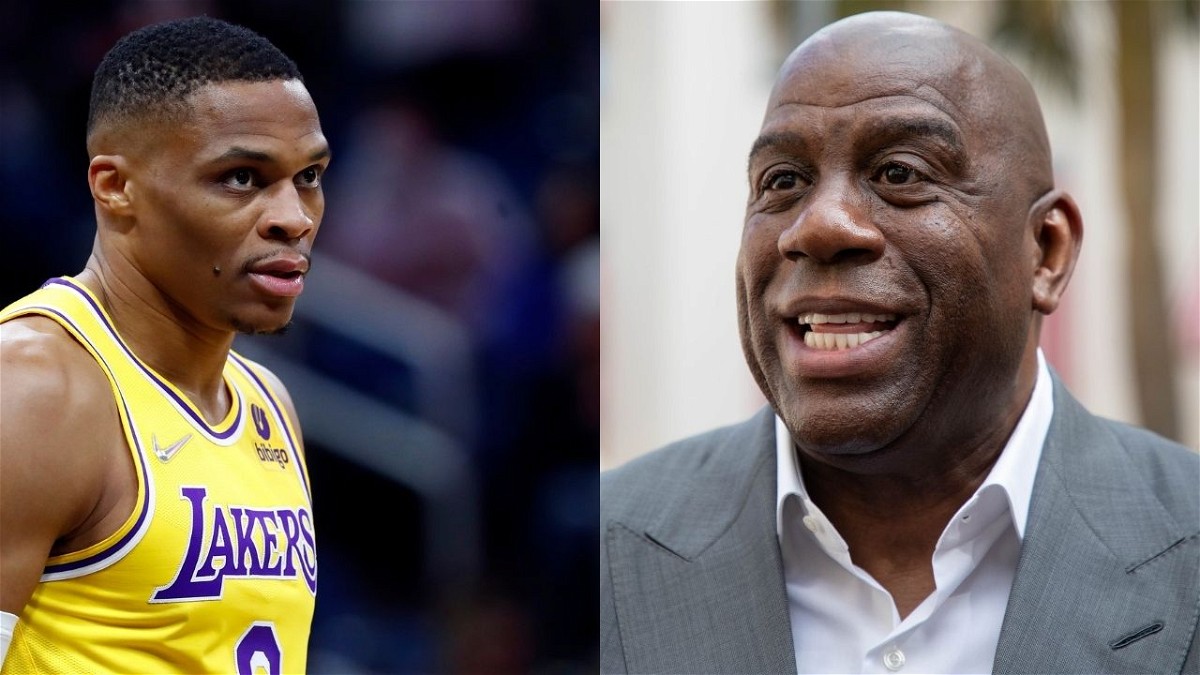 When the Los Angeles Lakers traded for Russell Westbrook allegedly through LeBron James’ advice, expectations from the Lakers skyrocketed. The Lakers capped off the offseason strong by acquiring Carmelo Anthony too. But nobody expected things to go the way they have, and certainly not Magic Johnson.

Russell Westbrook is a former league MVP, but his performances and numbers have reflected everything but that. He is averaging a decade-low 18.1 points and while that certainly is not poor, it is a bad return considering the expectations.

Westbrook was brought in to ease the pressure off LeBron James. But it has only been a lot more of James rising to the occasion night after night for the Lakers. The Lakers are not in a good position with the business end of the season just around the corner. They are not certain of even making the Play-In tournament sitting at 9th in the Western Conference standings.

As the triple-double champion of the NBA struggles to find his form and consistency at the Lakers, a barrage of online criticism has come his way. Former Los Angeles Lakers superstar, and Hall of Famer, Magic Johnson did not hold back.

Magic Johnson: “This [Westbrook] trade could go down as the worst trade in Lakers history if we don’t get out of the play-in game.”

Johnson, the three-time MVP, highlighted the minimum threshold to judge the Russell Westbrook trade. And it is no different than a lot of Lakers fans see it. Perhaps it is too little.

“This trade could go down as the worst trade in Lakers’ history if we don’t get out of the play-in game.”

Perhaps Magic is also spending a lot of time going through Twitter. He seemed to have picked on a nickname often used by Twitter fans for Westbrook.

The nickname is a reference to Russell Westbrook’s abysmal shooting this season, in that he is bricking a lot of shots. Westbrook cannot afford to pay heed to any of that though, and he needs to get it together to help the Lakers out of their slump.