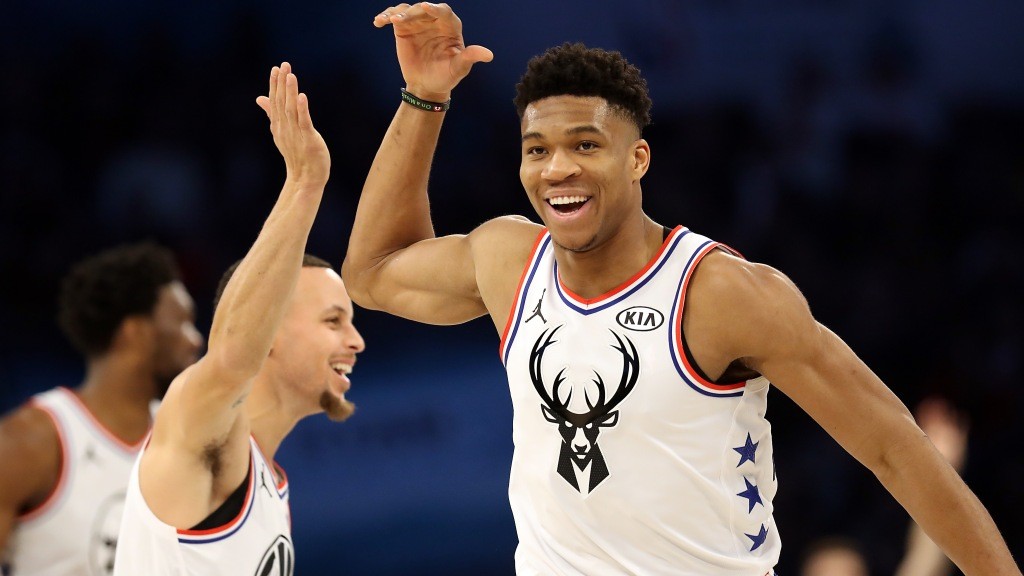 2 out of the 3 days of the All-Star weekend have ended. So far, there have been just a few notable moments. The humor in Scottie Barnes and Tyrese Maxey missing 6 baby hook shots and the awful dunk contest. The competitiveness in the 3 point contest, the skills challenge, and the rising stars game. We also saw a very wholesome moment between Giannis Antetokounmpo and Stephen Curry

What did Giannis Antetokounmpo say to Stephen Curry?

Giannis Antetokounmpo and Stephen Curry are teammates on Team LeBron tomorrow. This will be the 4th time these 2 team up again. They met each other whilst watching the happening of the day unfold. And Giannis said this to Curry,

“You Changed the Game.”

Stephen Curry has changed the game and we all know that. But to receive such high praise from a competitor is always something you love to see. We also saw Giannis have Curry’s back when the entire Cleveland crowd were booing him. He truly is a fan of Curry’s game.

In just their 4 games together, Giannis and Curry have built a unique bond. It started in 2017, the last year that there was the East vs West in the All-star game.

Stephen Curry slept flat on the floor so that he would not get posterized by Antetokounmpo. However, later in that game, Giannis caught curry unaware and dunked on him. That moment was extremely humorous. After that year, any time they were both all-stars, they both played on the same team.

We saw some amazing highlight reels from both of them. The one that comes to mind is when Curry gave a bounce pass lob to Giannis which he caught about a foot over the rim.

And bef0re the Bucks won a title, there was even heavy speculation of the teaming up in Golden State. That didn’t end up happening but you could see that if it did, they would have fit instantly.

We cannot wait to see how many lobs Curry throws to Giannis tomorrow but we do know there will be a few monstrous ones.

5 Things WWE Could Have Done Better at Elimination Chamber 2022