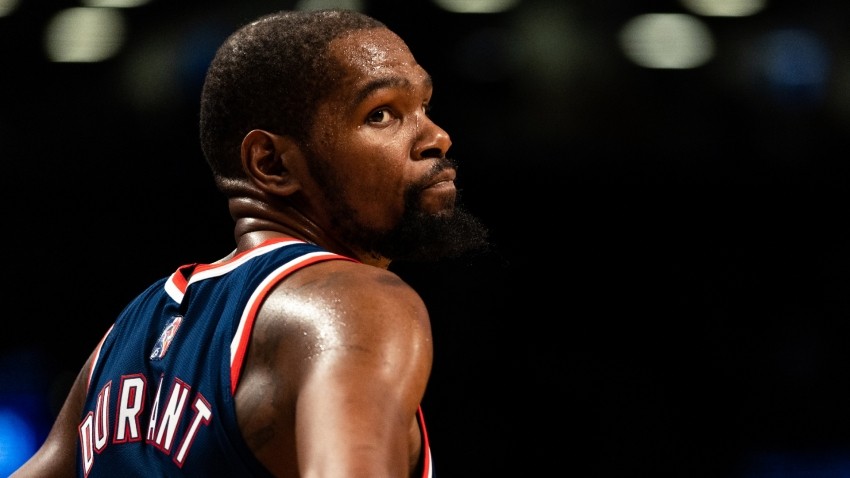 Brooklyn was in the driving seat for the entire game. They outscored the Mavericks in the 1st and the 3rd quarter. By the end of the 3rd quarter, the Nets were leading by 12 points which was the biggest lead in the game. Dallas never leads in the game until the 4th quarter. In the last one-tenth of a second of the game, Spencer Dinwiddie scored a buzzer-beater against his former team. This shot was so resounding it sent Kevin Durant and the Nets straight to the locker room.

Kevin Durant loses it with a fan

Kevin Durant was not on the court when the Mavericks went on that run. However, when he came back in, one thing was apparent. It was that Kevin Durant needed to take control of the game. But his scoring was passive and whatever little he did attempt, he missed. KD did score the biggest shot for the Nets that game. But a good Kevin Durant performance would have given the win to the Nets without breaking a sweat.

His passiveness was evident which is why it led one fan to yell this out to KD, “Kevin you gotta take this game over.”

Kevin Durant knew what he had to do but was not willing to hear it. He responded to the fan by saying this,“You gotta shut the f**k up and sit down.”

Fan: “Kevin you gotta take this game over”

Durant: “You gotta shut the fuck up and sit down” pic.twitter.com/lrZro1PWnu

This reply seemed unwarranted and purely a result of frustrations. The Nets could’ve done better if KD took the fan’s advice. Brooklyn is now the 8th seed and still only a play in the team. They desperately are looking to get that guaranteed playoff spot and need wins.
Tags: Brooklyn NetsKevin DurantNBA
Previous Post