“You’re mad, pu**y, who the f**k are you?”- Luka Doncic Blasts Mo Wagner as Dallas Mavericks Blow Out Orlando Magic 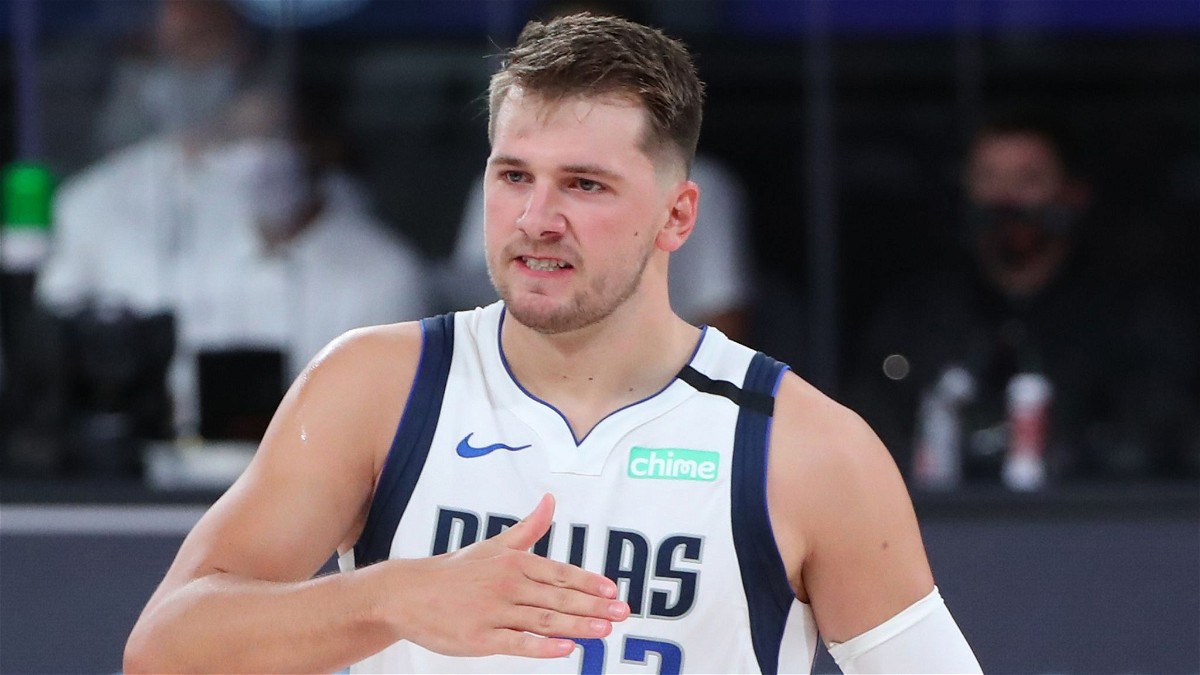 Dallas Mavericks superstar Luka Doncic had some words for the Orlando Magic. In the 4th quarter, Dallas was up by 21 points. Jalen Suggs drove to the basket and was able to earn an “and 1”.

For no reason at all, Mo Wanger from Orlando Magic shouted in Luka’s ear. He shouted “and 1”, which made Luka angry. He used his stardom to disrespect Moe Wanger.

Luka said “You’re mad huh, You’re mad, pu**y, Who the f**k are you”, which resulted in a brawl. But it was quickly de-escalated by the referees and other players.

Even though Luka Doncic and company blew the Orlando Magic by 108-92. Doncic himself had a subpar game for a player of his status. He recorded 23 points on36% shooting from the field and 1 of 6 from the three-point line. He also had 9 boards and 3 assists.

Meanwhile, Moe Wanger had scored just 6 points on 6 shots with no real contribution all over the board.

Doncic isn’t the one to start trash talk. But he has been involved in many trash-talking in his 3 years of NBA. Most of the trash talk has come with his rivals the LA Clippers.

Luka Magic has now faced the Clippers twice in the playoffs and was defeated both times. However, he gave them a fight of a lifetime. In the 2021 playoffs, he took the Clippers to 7 games and averaged a whopping 35.7 points, 10.3 assists, and 8 rebounds.

The 2018-19 Rookie of the year has a history with Terrance Mann. In a regular-season game, Luka Magic overpowered Terrance Mann’s in the post and shouted on his face “You’re too fucking small”. After which, Doncic received a technical foul.

Luka got a tech after telling Terance Mann he’s too small ???? pic.twitter.com/jMoJtP2c5o

In the bubble, Patrick Beverly who always tries to into the players’ minds tried the same strategy with the Slovenian superstar. Beverly, who was hurt at the time, started chirping at Luka while he was taking his free throws. Doncic swished his free throw and quickly clapped by making a chirping gesture.

Last but not least, Marcus Morris tried to use his force to soften Doncic. Morris went to Doncic and told him to stop flopping every time to earn a foul which resulted in a heated argument between both the players.

Marcus Morris allegedly by mistake stepped on the superstar’s injured ankle and later said that he is not apologizing for something he didn’t mean to do. Luka also told the media that he did apologize and said “He’s a hell of a player, and a great defender. Trash talking will always be there, if not then you are not really competing”.