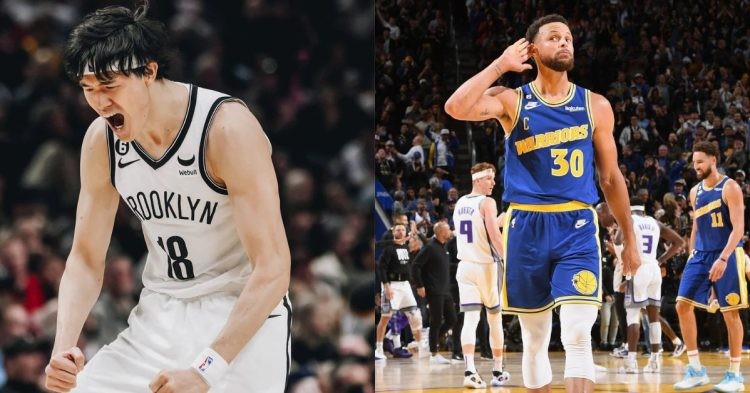 Stephen Curry has reigned supreme as the best shooter in the league for almost a decade now. Steph has completely changed the way that we play basketball with his unique skillset. Steph by his lonesome brought a revolution and made the 3-point shot the most efficient shot in the game of basketball. So much so that we have teams that live by the three and die by the three.

Put the work in and get rewarded.

So, now it has gotten to the point that whenever there is a new sniper in town, the first thing that the media does is compare him to Stephen Curry. This is also true in the case of Yuta Watanabe.  Yuta in his first season with the Nets has been deadly from three-point land. The dude is shooting over 55% from three while averaging 4.6 attempts per game. Who is this new 3-point phenomenon and where did he come from? Let’s have a look.

A lot of people don’t know this but Yuta has been in the league for almost 4 years now. He has played more than 121 games since 2018 for both The Grizzlies and the Raptors before he was eventually dropped from their rosters. Ever since his signing with the Nets he has grown more confident and has been as solid as a rock for the Nets.

Yuta has even been drawing comparisons with Steph. Here’s what his superstar teammate Kevin Durant had to say about him. “Yuta is definitely knocking it down right now. He’s shooting the ball extremely well for us, he’s spacing the floor, and he’s also driving the ball when he has to. He’s making the right plays right now. when you make the right plays the ball just feels better leaving your hand.”

That is some very high praise coming from someone who has shared the court with 2 of the best shooters of all time, Steph and Klay Thompson. If everything goes right for this Nets team, then with Kyrie coming back, Ben Simmons playing more games, and players like Yuta on the bench they can definitely make some noise in the playoffs.