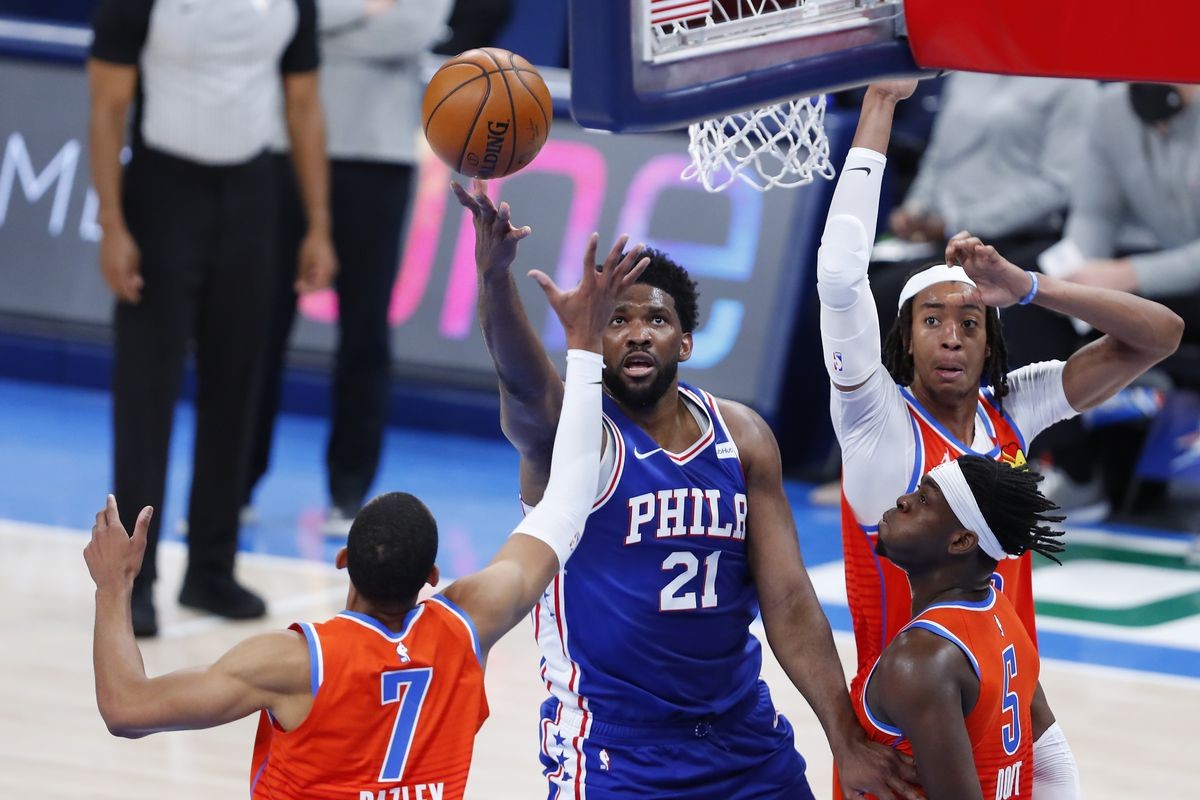 After a blockbuster deadline day trade, the Philadelphia 76ers will take on the Oklahoma City Thunder at the Wells Fargo Center. Both teams have played each other once in the 2021-22 NBA regular season on 24 October 2021. The Sixers defeated OKC 115 – 103 led by Seth Curry’s 28 points.

The Oklahoma City Thunder continues to build their draft capital and get ready for the lottery as the 14th seed in the west. OKC has a record 17 wins and 37 losses as they enter this game on a three-game losing streak. Oklahoma is averaging 100.9 points per game while shooting 41.4% from the field and 29.8% from deep. Defensively, OKC has allowed 107.6 points per game.

Josh Giddey has been one of the best rookies from the 2021 class as he is averaging 12.1 points, 7.6 rebounds and 6.2 assists for the Thunder. Luguentz Dort is averaging 18.7 points over the last 10 games for Oklahoma City.

But the Thunder have severely missed their star guard Shai Gilgeous – Alexander who was averaging 22.7 points, 4.7 rebounds, and 5.5 assists.

Now Philly is looking like a legit contender with the duo of Harden and Joel Embiid. 76ers are averaging 107.8 points per game while shooting 46.1 % from the field and 31.3% from the three-point line.  They are giving up 105.8 points per game.

Joel Embiid is leading the MVP race as he is averaging 29.4 points, 10.9 rebounds and 4.3 assists over the past 10 games for Philadelphia. With the absence of Simmons for the entirety of the season, Tobias Harris and Tyrese Maxey have been great for the Sixers. Tobi is averaging 19.1 points while Maxey is putting up 16.9 points.

The Philadelphia 76ers are the favorites to win this game against the Oklahoma City Thunder. The Sixers have been one of the top teams in the recent few games. They have defeated top teams like the Bulls and Mavericks, hence are looking like the better team. On the contrary, the Thunder have lost 11 of their last 13 games on the road.

OKC will also struggle to contain Joel Embiid, who has been an unstoppable force this season. Hence the Sixers will most likely win this game at home.

How to watch Oklahoma City Thunder vs Philadelphia 76ers?

Live coverage of the Oklahoma City Thunder vs Philadelphia 76ers will be televised on NBC Sports Philadelphia. The game is also available on the NBA League Pass.