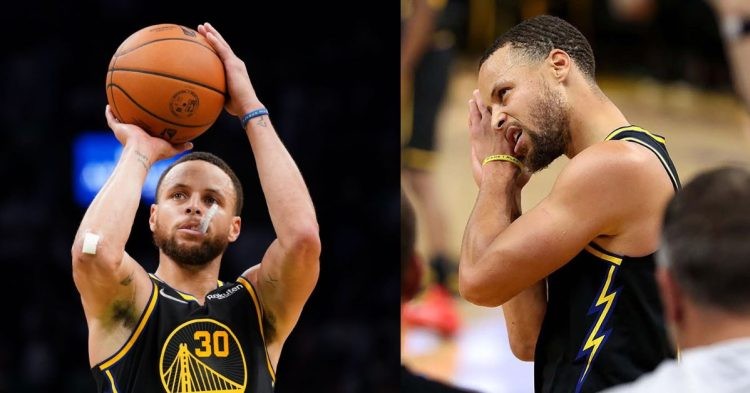 There is almost no argument that can discredit the claim that Stephen Curry is the greatest shooter the NBA has ever seen. He revolutionized the game through his play over the last decade. In fact, an argument can be made that Steph is as much a face of the NBA as Los Angeles Lakers superstar LeBron James.

He has certainly been as successful in terms of winning NBA titles. Both Steph and LeBron have 4 titles each. They have faced each other 4 times in the NBA Finals. Curry and the Golden State Warriors managed to get the better of the King in 3 of these series.

A large reason for Curry’s success is his unreal shooting ability and shot mechanics. NBA fans must be dying to want to understand how to shoot like him. Therefore, an attempt to decode the secret behind it is always welcome.

In some cases, we simply have to ask and learn from the best of the best. Looking toward the source of inspiration and visualization involved by Curry will help us somewhat understand how it feels for him. Rather than discuss the technique, Steph shares something much more valuable.Here is what he had to say about the development of his shooting ability.

“The feeling of a perfect shot feels effortless to me. Whenever I release that shot it just feels serene and quiet. it’s only me and the rim and the basketball….the process started just breaking my shot down from the initial release to the follow-through. There were days that I couldn’t even get the ball to the rim, there were days I couldn’t go outside the paint area...”

Steph went on to explain how he got past it all the obstacles that seemed to stop him from getting to the next level “The hardest part of the process was definitely the patience but if I just stuck to getting better every day eventually I would be able to shoot wherever I wanted to anywhere on the floor. And I went through some tough days but I just found a way to persevere and see it through.”

There you have it, folks. Patience and consistency are what it took for Curry to get to where he is today. He also emphasized the importance of building a good foundation as a player. At the end of the day, taking action and remaining dedicated to his craft is what made Curry the man and NBA superstar we know him to be today.

Each person has a different path as an athlete or in life. However, there is no denying that these traits are crucial for success in all spheres of life.