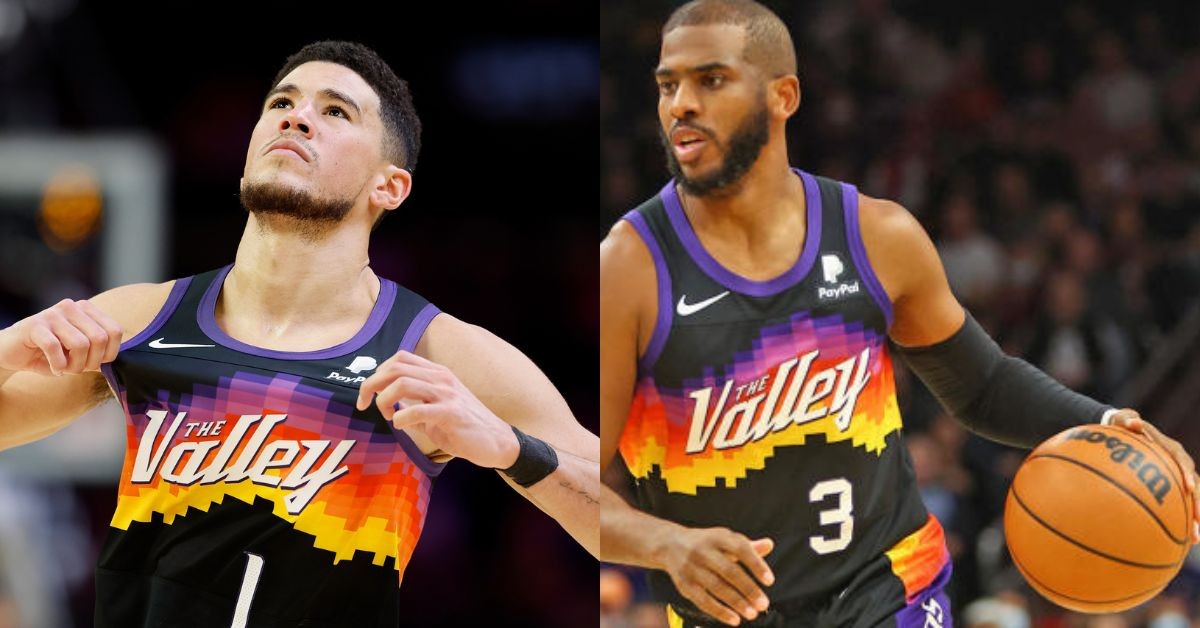 Devin Booker and Chris Paul lost to the Dallas Mavericks in game 3. Additionally, Booker and Cp3 were held to a combined 30 points 9 rebounds 9 assists while Luka Doncic alone had 26 points 13 rebounds, and 9 assists with 2 steals as well.

Devin Booker and Chris Paul played a mediocre game 3. It is almost impossible to win an NBA playoff game with your two Stars having off games. Additionally, if the two players occupy the most ball-dominant positions, point guard and shooting guard, it is completely impossible.

This begs the question, who is more responsible for losing game 3. Is it Chris Paul or Devin Booker?

Although it is unfair to point fingers after a loss, one cannot forget that Chris Paul has a reputation. He is nicknamed The Point God and is definitely one of the most skilled players with a high IQ. However, cp3 came up unexpectedly short in game 3.

Chris Paul only managed to attempt 9 shots throughout this entire playoff game. This was despite being on the court for 36 minutes of the game and orchestrating the Sun’s offense. 4 of these shots were three-pointers.

Chris is an extremely skilled mid-range shooter. However, the Dallas defense let him only shoot 5 mid-range shots the whole game. 3 of which he made. The point guard who is known for getting foul calls through devious methods at times did not shoot a single free throw in this game. Finally, Chris Paul had a team-high 7 turnovers and a surprisingly low 4 assists.

Devin Booker finished the night with 18 PTS and 6 AST. A little better than his teammate. However, he too struggled with his mid-range shot in this game. Booker made 6 of 13 shots. He also went to the foul line 4 times. However, most of his shots came from the three-point line. Devin shot 4 of 6 shots from 3. That means he was 2 of 7 for the rest of the game.

Booker is coming off a hamstring injury he suffered in the first round vs the New Orleans Pelicans. This may have been why he was unable to be very aggressive in terms of rebounding and other aspects of the game.

Chris Paul and Devin Booker had a combined 30 PTS and 12 turnovers in the Suns Game 3 loss to the Mavs 😬 pic.twitter.com/8JYkpKybCk

Finally, Devin Booker had fewer turnovers(5) and more assists (6) than Chris Paul. This is unexpected as Chris should be the one sharing the ball more and being more careful with the possessions. This is why the majority of the blame for losing an opportunity to take a 3-0 lead falls on the Point God’s shoulders.